The Case of the Dead Shepherd (1934) by Christopher Bush

Christopher Bush retired in 1931 from teaching in order to dedicate himself full-time to his writing career and his twelfth detective novel, The Case of the Dead Shepherd (1934), was drawn from his own experiences as a teacher, but, as Curt Evans observed, Bush was "rather glad" to leave the classroom behind him – if judged by the "comments made in his detective novels" (e.g. The Perfect Murder Case, 1929). The Case of the Dead Shepherd gives the reader a depressing and sullen picture of school-life, but with a top-of-the-class plot! 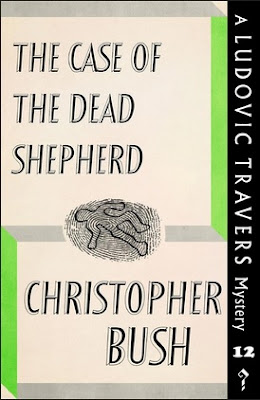 The Case of the Dead Shepherd was published in the U.S. as The Tea Tray Murders and begins when Superintendent George "The General" Wharton invited Ludovic Travers to accompany him to the dismal Woodgate Hill County School.

Woodgate Hill County School is a co-educational school, housed in "a jail-like building" with a nine-foot wall, where one of the masters has been found poisoned in the masters' common room. A young pupil was sent down to fetch some papers, but found the master, Charles Tennant, "crawling on his hands and knees." But when the boy returned with help, the master had died. Curiously, he had been tightly clutching "a perfectly enormous catalogue" of "chemical and physical apparatus" from 1910. A dying message?

Charles Tennant was "the only really cheerful person on the staff" and enlivened faculty meetings by infuriating the despised headmaster, Lionel Twirt, who's a lazy, ego-driven tyrant and self-appointed shepherd with "the habit of haranguing the school on every possible occasion" – making his removal a popular subject of discussion among the teachers. Travers and Wharton have good reasons to believe that the oxalic acid in the sugar bowl was intended to kill the unpopular headmaster. A hypothesis that seems to be confirmed when Twirt's body is found on the school grounds with his skull caved in!

A note for the curious: oxalic acid is not a poison you often come across in detective stories and know of only two, oddly-linked examples, C.H.B. Kitchin's Death of My Aunt (1929) and Richard Hull's The Murder of My Aunt (1934), of which the latter was published in the same year as The Case of the Dead Shepherd. However, Bush is the only one who found a truly clever way to employ this unusual poison (see the ink-mark clue). Anyway, back to the story!

Travers and Wharton take their time to track everyone's movements at the time of the murders, testing those pesky alibis and questioning anyone even remotely linked to the case. And the list of suspects they have to consider is a long one. 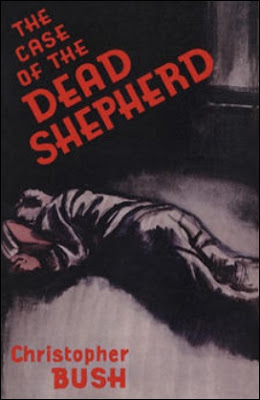 There's the always helpful Maitland Castle, a senior master, who's the odds-on favorite to succeed Twirt as headmaster, but he refuses to consider it. Mr. Godman is a junior language master who had suggested it would be easy "to drop some poison" in the headmaster's tea. Miss Holl is a geography teacher and is, what the novelists call, "sex-starved" without a solid alibi. Miss Gedge, or Ma Gedge, is "a bitch of authentic pedigree" who always cuts her classes to gossip with Twirt. Young Furrow had offered his assistance to frame those two for indecent behavior, but was away from the school to attend a wedding at the time of the murders. The daughter of the local police inspector, Miss Daisy Quick, is a secretary at the school and the murdered headmaster had shifted practically all of his daily work on Miss Quick, which gave him more time "to think of still more schemes" – or simply harassing his staff. Such as the groundsman, Vincent, who was regularly threatened with the sack and the caretaker, Flint, has gone missing around the time of the murders. And to complicate the case even further, they even have to consider a few outsiders. A school governor, Mr. Sandyman, was invited by the headmaster to see him on a most particular business and the mysterious Indian visitor, Mr. Mela Ram.

A cast filled to the brim with potential murderers, but there are many more plot-threads to be tidied up. Such as why Mela Ram disappeared or why a shed was burglarized just to empty a pail of water. Or why Tennant was lugging around a heavy, outdated catalogue around when he was dying. And the solutions to most of these questions show why I love Bush so much.

I mentioned in my review of The Case of the Platinum Blonde (1944) that nobody has nailed the relationship between the amateur and professional detective quite like Bush. The Case of the Dead Shephard is a good example of Travers and Wharton each solving a piece of the puzzle. Wharton masterfully explains the clever poisoning method used to kill Tarrent and Travers destroyed the rock-solid alibi in the headmaster's murder, but it was Travers' manservant, Palmer, who helped him figure out the meaning of the dying message (of sorts). I find this teamwork between different kind of detectives a pleasing approach to the detective story, but, like rival detectives, something you sadly only find with any regularity in anime-and manga mysteries.

So, all in all, The Case of the Dead Shepherd was a pleasant return to those tricky, clockwork-like plots of early Bush, but, as devilish complex as the story appears on the surface, the overall solution to the murders is marvelously simplistic with all of the plot-threads neatly tied up in the end. Recommended!
Geplaatst door TomCat on 10/23/2019