The Sword in the Stone

"Whoso Pulleth Out This Sword of This Stone and Anvil, is Rightwise King Born of All England."
- Inscription on the Sword in the Stone (T.H. White's The Once and Future King, 1958)

Le cercle invisible (The Invisible Circle, 1996) is Paul Halter's eighth detective novel to be translated into English by John Pugmire, a modern-day purveyor of miracles, whose independent publishing house, Locked Room International, introduced a host of non-English speaking authors to a world-wide audience – such as Jean-Paul Török, Yukito Ayatsuji, Noel Vindry and Alice Arisugawa. Pugmire also reissued the shamefully neglected locked room novels by Derek Smith (e.g. Whistle Up the Devil, 1954), but I'll return to this author sooner rather than later. So, for now, let's take a look at one of Halter's most fanciful impossible crime tales. 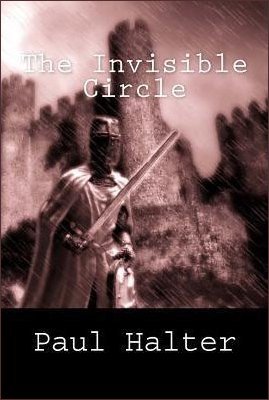 The Invisible Circle is a short, standalone mystery novel that's best described as a clash between the Legends of the Knights of the Round Table and Agatha Christie's And Then There Were None (1939), which made for a fun and amusing detective romp.

The story takes place eight decades ago, in the year 1936, inside "a sort of castle by the sea in Cornwall." A wooden bridge is the only structure tenuously connecting the castle to the mainland and without this reach-across the place is effectively an isolated island. So you can probably make an educated guess about the fate of the bridge. Gerry Pearson is the sole occupant and owner of the castle, rumored to have belonged to Uther Pendragon, "Arthur's father," which he decided to put to good use as the backdrop for "a grotesque comedy" steeped in Arthurian legends – a real-life drama staged for a small group of people.

One of Pearson's specially selected guests is his niece, Madge, who wisely decided to take along her friend, Bill Page, but they're not the only ones who received an invitation from wicked Uncle Gerry.

The guest list Pearson compiled consists of the following characters: a white-bearded historian, named Josiah Hallahan, who's "the acknowledged expert on all things Arthurian" and this earned him the nickname of Merlin the Enchanter. Gail Blake is a Cornish bard and with his black beard "he looked more like a pirate or a smuggler than a poet." So they make for a nice pair of characters, but there are also Frank Dunbar and Ursula Brown: the former is a disillusioned and heavy drinking journalist whose downward slope began when the moment he had met the latter. They're both invited to the party! Finally, Pearson requested the presence of Dr. Charles Jerrold, an imminent psychiatrist, who was asked to attend as "a trustworthy witness." 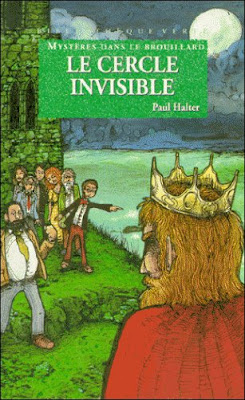 Upon their arrival, Pearson casts each of them in the role of an Arthurian character and explains they were invited to be "privileged witnesses." The privilege to witness a murder. His own murder. Pearson says he knows who will strike him down and "this person will have constructed a perfect alibi," which proves this person "could not physically have committed the murder" and even pointed out his potential murderer – as well as showing everyone the instrument of his destruction. On a rocky cliff, a sword is embedded in a huge rock. Originally, the rock had been hollow, but has now been filled with mortar that irretrievably trapped the blade.

It seems completely impossible for anyone, except the ghost of King Arthur, to pull the sword from the stone, but Pearson instructs everyone to make a unique mark on the grip of the weapon – so "it can be formally identified." That sets the stage for one part of the murderous melodrama that's about the unfold and the next step is voluntary locking their host inside a tower room: one with a door that can be bolted from the inside and is sealed from the outside with sealing wax, which they're instructed to mark with a personal object like a signet ring or a pendant. The room appears to be simply impenetrable, but a cry pierces the silence of the castle that same evening and when they finally manage to break down the door they find the body of their host: the famous sword of King Arthur planted between his shoulder blades.

So there are two intriguing, closely connected and seemingly impossible situations: one of them is the retrieval of the sword from the stone and the other is the locked room murder of Pearson. I first have to comment on the sword in the stone.

I know of only one other impossible crime novel that toyed with a similar problem: The Stingaree Murders (1932) by W. Shepard Pleasants. The book takes place aboard a luxurious houseboat, floating across the Louisiana marsh country, which becomes the scene of no less than three seemingly impossible situations. Firstly, there's a stabbing on a skiff without anyone being near the victim, but the unusual knife is considered to be an important piece of evidence and is safely driven into the hardwood deck of the boat – sinking it as tightly into the woodwork as the sword in the stone. Only an axe could've relieved the knife from the deck, but the second impossibility from that book is how someone, effortlessly, plucked the knife out of the wood. 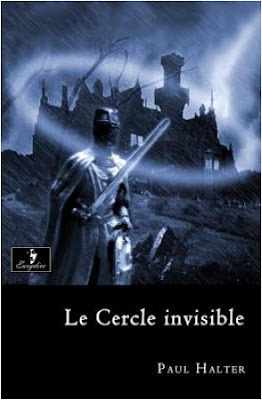 As similar as both problems appear, Halter and Pleasants both imagined completely different explanations as to how these feats were pulled off. I rather enjoyed Halter's trickery here, which I foresaw, because (somehow) a childhood memory of The Pirates of Dark Water came bubbling to the surface. One of the iconic weapons from that show made me see how the trick could be accomplished. Anyway, I found the whole sword in the stone aspect of the overall locked room trick to be fairly clever and original.

However, the locked room trick that explains the murder of Pearson, while equally clever and novel, is bugged by some noticeable problems and legitimate objections: one of them is the requirement of a pretty dense accomplice. I won't give away any spoilers, but this is a problem I also recently found in John Dickson Carr's The Ghosts' High Noon (1969). The second objection is the murderer's movements and maneuvering, which not only seems very difficult, but a near physical impossibility and can be counted as one of those physically tasking schemes that makes murder look like an Olympic sport – e.g. Agatha Christie's Towards Zero (1944), John Russell Fearn's The Crimson Rambler (1946) and Norman Berrow's The Footprints of Satan (1950). So the locked room murder might not quite convince every single reader.

Luckily, Halter did not sink all of his creative juices for this novel into the impossible situation, but also tried to write a Christie-style whodunit with a least-likely-suspect revelation towards the end – which is preceded by a story stuffed with false identities, hints of madness, family secrets and several additional murders. Nearly every part of the plot seemed to have been properly clued or foreshadowed. Halter also seemed to have tried his best to provide an answer for some of the weaknesses of the plot and one of them remained rather obvious: one that involves the past relationships of certain characters. A flaw the book shares with Christie's Murder in Mesopotamia (1936).

So, while the plot from The Invisible Circle is far from watertight and the flat characterization did not lend itself to describe the mountain terror and breakdown of civilization, which one has come to expect from such island-bound crime novels as Anthony Berkeley's Panic Party (1934) and Herbert Brean's The Clock Strikes Thirteen (1954), I still found it an immensely enjoyable detective story. Halter delivered the kind of locked room mystery I expected from Richard Forrest's Death at King Arthur's Court (2005), but that one never fully delivered on its premise.

The Invisible Circle is as imperfect as Forrest's mystery novel, but it gave you everything it promised. Not always with the same grace and ingenuity as a top-drawer Carr or Christie, but Halter delivered on the promise of a locked room novel deeply steeped in Arthurian mythology with a dash of the Queen of Crime. So I was left far from dissatisfied.
Geplaatst door TomCat on 10/24/2016