A Pathway Through Time

"But suppose a whole street disappeared, a whole thoroughfare blotted from London. What could be more fantastic?"
- Henri Bencolin (John Dickson Carr's The Lost Gallows, 1931)

Paul Halter's La ruelle fantôme (The Phantom Passage, 2005) is his tenth novel to be carried across the language barrier by John Pugmire, founder of Locked Room International, which is the fourth entry in the Frenchman's series about Owen Burns and Achilles Stock – both of whom previously appeared in Le roi du désordre (The Lord of Misrule, 1996) and Les sept merveilles du crime (The Seven Wonders of Crime, 1997). They also appeared in a couple of short stories, "The Flower Girl" and "The Cleaver," collected in La nuit du loup (Night of the Wolf, 2000). 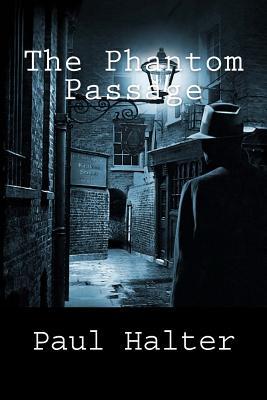 Owen Burns is reportedly modeled on Oscar Wilde, "a dandy aesthete who appreciates murder as a fine art," but the opening chapter of The Phantom Passage finds Burns as bored as Sherlock Holmes in the first pages of "The Adventure of the Bruce-Partington Plans" (His Last Bow: Some Reminiscences of Sherlock Holmes, 1917). Burns condemns the city of London as a town "born out of boredom and desolation" and a place where all "the phantoms of the planet" come to retire. However, his friend and personal chronicler, Achilles Stock, remembered him stating the exact opposite and something was actually happening on the fog-bound streets of Edwardian-era London: a convicted murderer, Jack Radcliffe, escaped from prison and the police is out in full force – most of their activity taking place practically underneath their windowsill.

But the problems that are about to be visited upon them are only slightly connected to the manhunt for the escaped convict.

Ralph Tierney is an American diplomat and an old acquaintance of Burns, whom he met during his stay at the University of Chicago, but the Tierney had the rotten luck to bear a striking resemblance to Radcliffe. As a result, he has been hounded by the police through "a labyrinth of dark alleys and passageways," but what he witnessed in one of these streets made him decide to fetch the help of his old friend. When Tierney wandered into a dark, obscure passageway, called Kraken Street, a madman wearing a large coat and a battered top hat approached him.

The man guided Tierney pass the bend of the street, to a hovel, where two equally peculiar characters were sitting on the porch: a woman in red, "Vivian the fairy," and a blind fruit seller, but since he was completely worn and tired he accepted the offer of a room and bed – which is where he found "a strange room" with a view. Tierney saw a peculiar light in the window, but what he saw through it was even stranger: a violent scene from what appeared to be the past. Something that appears to have taken place decades ago.

So after the vision began to blur and merge with the blackness of the night, Tierney did what most people would've done in his place: he turned around and left cartoon smoke. However, when he was just outside of the passage he wanted to light a cigarette, but discovered he probably lost his lighter at the hovel, but Kraken Street had disappeared! The passageway from which he had just emerged was now "a high brick wall without any openings." As if "the shadows had swallowed it." 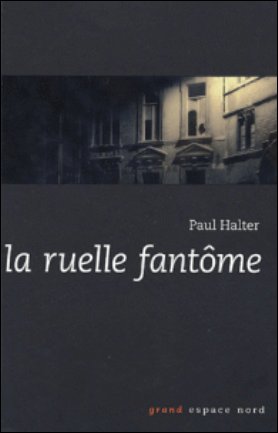 They soon uncover Tierney was not the first person to wander into the passage and witnessed its visionary power in the upstairs room, which even caught the attention of both the newspaper and the police. One newspaper reporter described the phantom passage as "a monstrous serpent" coiled "between houses and only appearing when it was in search of a victim."

This is a nice piece of Carrian imagery on Halter's part and the plot-thread that concerns this haunted passage represents the strongest part of the plot, because Halter provided an explanation that did not traverse the expected route for this kind of impossibility.

As we know from such large-scale impossible crime stories as Ellery Queen's "The Lamp of God," collected in The New Adventures of Ellery Queen (1940), and Edmund Crispin's The Moving Toyshop (1945) there's a definite limit to the variety of explanations one can propose to the explain the miraculously disappearance of a large, stationary house – which is why so few mystery writers tried their hands at it. And probably why there are less than a handful about entire streets being blotted from existence.

So Halter should be commended for not only venturing out in this infrequently traversed side street of the impossible crime story, but also for dreaming up a clever and satisfying explanation that was very different from the other solutions I've seen for disappearing houses and streets. Halter's explanation also made me feel slightly embarrassed over my initial suspicion of the brick wall. I suspected the alley might have been privately owned property (used for nefarious activities) and the entrance had a drawbridge-like "door," which looked like a blind wall when raised and resembled pavement when lowered. It sounds idiotic, I know, but how many ways can you think of to remove an entire street from the map? Luckily, Halter found a different method to accomplish this feat.

Anyway, there are several murders, suicides and disappearances connected to the phantom passage, which were often brought to light or predicted by the lighted window of the dingy hovel. I appreciated what Halter tried to do with these plot-threads and they did make for some pleasing patterns in the overarching plot, but this aspect of the book was marred by the slender clueing – making it very difficult to arrive at exactly the same conclusion as Burns. I can look pass that in this instance, because Halter already gave the reader a wondrous and original impossible situation.

However, I was not so charmed about the explanation for visions from the past and future. I guess it was to be expected, but I think Halter went a bit far when suggesting that some of the effects could be achieved with cigar smoke. So, no, I was not impressed with this part of the plot and Jacques Futrelle's "The Problem of the Crystal Gazer," from Best Thinking Machine Detective Stories (1973), is a better example of this kind of impossibility – as far-fetched as the story may be.

So these three aspects of The Phantom Passage demonstrate why so many of us have a love-hate relationship with Halter, but, overall, I enjoyed this one. If only for the wonderful and excellent treatment of the vanishing street.

On a side note, I want to point out there's one aspect of the solution that was anticipated in a series of episode from Tantei Gakuen Q (Detective Academy Q), namely The Kamikakushi Village Murders, which begins with a prologue (ep. 16) and takes up the next five episode. I won't say what it is, but you should recognize a very interesting idea that was used for something completely different in those episodes.

Finally, you might want to take a peek at my previous blog-post, which is a review of an episode from Blacke's Magic and also deals with the problem of a vanishing street. So that's all for now. My next review or blog-post will probably not be that of a locked room mystery, but no promises there.
Geplaatst door TomCat on 10/27/2016