Professor Giles Dawson is a historian in the art of illusionism and the great magicians, as well as a member of both the Magic and Ghost Club, who applied his theoretical knowledge in practice after a cabinet maker and designer of stage props died under peculiar circumstances inside a sealed room. David Cargill recorded the case under the title The Statue of Three Lies (2011) and Dawson's successful interference fueled the plot of it's follow-up, Gauntlet of Fear (2012), in which the owner of Circus Tropicana hires the professor to put a stop to a mounting series of mysterious accidents in the Big Tent. 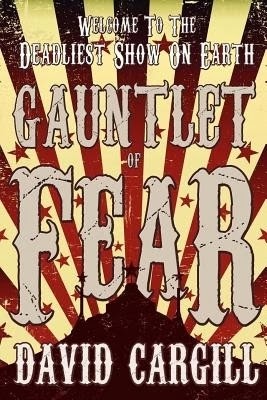 Gauntlet of Fear comes second in a Locked Room Trilogy in progress and I began in the middle of this three-part series after a simple mistake on my side between the numbers one and two, but, to the authors credit, Cargill never revealed anything of vital importance from The Statue of Three Lies – even if the profusion of references tethered on the brink of vulgar product placement. Believe me... a correct combination of the words "room," "mystery" and "locked" are more than enough to make a story appear on my wish list as if by magic.

The setting of the book, mid-1960s, places Gauntlet of Fear in the category of modern-historical mystery novels and begins with Professor Dawson and his one-time RAF buddy, Freddie Oldsworth, traveling down to the winter quarters of Ramon Mordomo's Circus Tropicana – an abandoned RAF airfield at Winkleigh in Devon. It's a secret base Whitehall never admitted even existed and now is reputedly haunted, which takes the guise of the sound of ghostly airplanes and men scrambling to get airborne. However, the lingering presences of Allied forces are the least of Mordomo's troubles. There's a perpetual mood of impending doom hanging over the circus ground and Mordomo's convinced there's a saboteur abound, trying to make him forfeit the circus he loves by forcing him "to run the Gauntlet of Fear."

You can compare the first part of Dawson's investigation with Sgt. Beef's task in Leo Bruce's Case with Four Clowns (1940), in which the retired investigator joins his nephew at the circus to prevent a murder from happening. Dawson meets a diverse, colorful troupe of athletes and performers who pride themselves on performing in the Grandest Show on Earth. Hank Findley is an American funambulist, "Wirewalker," who served at Winkleigh during World War II and who nearly fell after his wire began to vibrate. Michael Wagner is the magician responsible for the big disappearance act of show, "The Lady Vanishes," in which he makes his assistance, Allison Somerfield, disappear from the middle of the circus ring by stacking tires upon her until she's covered from head to toe – and when they dismantle the pile, tire-by-tire, Allison has vanished. Ingrid Dahlberg is a blond, slim knife-thrower and not the person you'd expect to master the Wheel of Death. Rodrigo Gomez is in charge of the Royal Bengal Tiger, Khan, and Chuck Marstow is the head clown, but Eva Zigana the Fortune Teller deserved a more prominent role in the story – if only to see another attempt at cold reading Dawson. 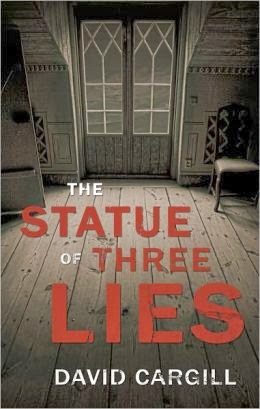 Anyhow, the accidents continue to happen, someone unlocks the tiger cage, a fire was started, a magic trick is botched and Leonardo, a sword balancer, is nearly impaled when his Staircase of Swords is tempered with, but the saboteur is also taunting the professor. Notes with clues and a coded message are dispatched to the professor, but even more remarkable is an actual gauntlet being thrown down at his feet. Unfortunately, the professor is unable to prevent the dangerous shenanigans from turning deadly. During a performance of the vanishing trick, Allison is found unresponsive at the bottom of the remaining pair of tires and soon becomes clear she was poked with a hypodermic, in the middle of the ring in front of hundreds of eyewitnesses – yet nobody saw a thing. Not long after a session of questioning, appropriately done at the disused control tower of the airfield, there's another murder committed under baffling, seemingly impossible circumstances inside one of the locked circus wagons.

Regrettably, here's where Gauntlet of Fear begins to unravel, which is a pity, because there where moments when I was convinced I found a companion writer for the great Herbert Resnicow, but the explanation was uninspired and muddled. And to be honest, I found that quite surprising. The book obviously suffered from some of the flaws of self-publishing and was definitely over written in parts, but not in a horrifically, bad manner. The characters weren't multi-faceted, but neither were they indistinguishable from one another. The text was also covered with patches of historical nods that placed the story within its time with clever, little references to John Dickson Carr and P.G. Wodehouse.

However, once the whole scheme was revealed, I have to say Cargill gave more attention to the writing than plotting, because the murderer's scheme seems needlessly complex, risky (etc.) and weakly motivated. I expected so much more from the intriguing and intricate set-up of the locked wagon instead of simply doing difficult for the sake of doing difficult. I'm still not entirely sure about the locked-door business. The murder during the vanishing act is hardly impossible, once you know the solution, and oddly resembles the answer to the impossible stabbing from Willy Corsari's (untranslated) De onbekende medespeler (The Unknown Co-Player, 1931) – which was also hardly a noteworthy method. By the way, the solution for "The Vanishing Lady"-trick is never given, but it's obvious Allison was supposed to hide inside one of the bottom tires. I think a better solution would've been if the murderer, dressed as one of the helpers handling the tires, wearing one of the blue overalls, cap and dust mask, and shoved a thin blade between two tires after putting one of the final tires on top obscuring the view of the audience in front. Granted, the timing has to be perfect and other helpers obscuring the audience vision on the left and right at the moment.

So, yes, slightly disappointed over the solution, but I'll have another go at Cargill and Dawson in, hopefully, the not so distant future. Hey, the concept of a Locked Room Trilogy has piqued my interest and even the best writers have their off day, right?

Notes for the curious: David Cargill was born in Dumfries, Scotland and "a lifelong interest in stage magic and the writings of John Dickson Carr kindled his interest in writing." Currently, Cargill is a member of the Society of American Magicians and working on The Cinderella Murders (2014/5?), which is foreshadowed in Gauntlet of Fear. The book, by the way, ends with "Notes for Curious Minds." I think we might be reading the same kind of detective stories. :)

Finally, here's a link to every post tagged on this blog as "Locked Room Mysteries" and "Impossible Crimes."
Geplaatst door TomCat on 2/05/2014