The Problem of the Ivory Tower

A noticeable gap in my reading are the tomes of essays, biographies and papers on detective fiction, which has a valid reason and the foremost one is their penchant for spoiling the endings of the stories being dissected. I prefer to discover them for myself with such works as Robert Adey's Locked Room Murders and Other Impossible Crimes (1991) and The Anthony Boucher Chronicles: Reviews and Commentary, 1942-1947 (2009) as a compass, but the insightful comments on P.D. James' Talking About Detective Fiction (2009) and Books to Die For (2012) were also everything but appetizing. 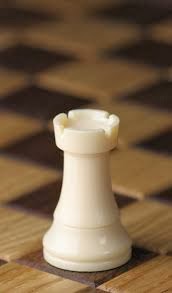 The focus of secondary literary discussing crime fiction seems to be mainly on nurturing pet theories and enforcing a straight narrative, which I can understand to some extent. History has always traveled along two different lines. The first is the one of popular history with the silhouette of the deerstalker and under slung pipe, the murderous countryside villages from Agatha Christie's crafty whodunits and the mean streets of America as the hunting ground for the streetwise, hardboiled private eyes. The second one is basically an enormously sized cable braided from countless, individual threads and too complex to explain in even a multi-voluminous overview of the genre – and you only have to glance at the list of authors on the GADWiki to realize how impossible such a job would be.

However, I assume you would still make an effort to do the research in order to (at the very least) get your basic facts straight, but Curt Evans, a Mystery Scholar worthy of the name, shattered that illusion in his review of The Eames-Erskine Case (1924) by A. Fielding. If you haven't read Curt's post here is what was said: "I recall one academic writer stating that Ngaio Marsh's Roderick Alleyn, who debuted in 1934, was the first English Golden Age police detective protagonist, which is not even close" and when I commented with disbelief, "it illustrates the problem when a critic's mental world of Golden Age English detection consists only of the Crime Queens and maybe Innes and Blake."

I don't consider myself to be a genuine scholar or student of the genre, more of a knowledgeable enthusiast of the game, but there was a day I had yet to pick up a mystery novel and start from scratch. In the beginning I had only references to other writers from A.C. Baantjer and Agatha Christie, until the internet made collecting vintage mysteries look almost too easy. I didn't inundate myself in this subject to earn stripes in academia, but for the simple and vulgar fact that I enjoy reading them.

Now, let's assume for the sake of argument that search engines are pipe dreams of a far-flung future and research is something you mainly do inside your head, you're still left with the works of the Crime Queens, Michael Innes and Nicholas Blake – which gave me food for thought. Did these dummies think Freeman Wills Crofts and John Dickson Carr were fictional mystery writers, because Hercule Poirot discussed them alongside Ariadne Oliver in The Clocks (1963)? Who did they think Tommy and Tuppence were imitating in Partners in Crime (1929)? How do they explain The Detection Club and the round-robin novels the Crime Queens participated on? Perusing the work of the various club members would've given a pretty good start to get a more complete picture of the (British) detective story.

You cannot not be aware of these mystery writers, once you start skimming the surface of the genre, even if you limit your reading to a handful of writers. I understand the need to condense huge chunks of information, however, should someone like me appear to have a better grasp and understanding of the genre's history than an actual academic writer – as the Roderick Alleyn comment seems to point out? What kind of academic standard is that?

The only solace we can take from this is that murmurings coming from the various Ivory Towers now has to share the stage with a plethora of diverse views and opinions on detective fiction, which, from my point of view, shows how incredible superficial those murmurings can be at times. And how sad, how very, very sad, that a bunch of blogs by mere readers have more credibility as a source of reference than whatever made that luminous observation about Alleyn and on (one of) its chosen subjects in general. How embarrasing.

Well, there really wasn't a point to this post except to point out an annoying piece of idiocy, which has been bugging me since I read it and, hopefully, it'll bug you enough, next time one of these specimens opens their trap in your presence, you'll tell them what would've happened if you carried a squirt gun and flu-spit. Or just point out their mistakes, if you want to be nice about it.

I hope to be back with a regular review before the end of this week.
Geplaatst door TomCat on 2/03/2014

Email ThisBlogThis!Share to TwitterShare to FacebookShare to Pinterest
Toe-Tags: Ranting