A Kind of Magic: More Impossibilities Outside of Fiction

"As far as I am concerned, if, when everything impossible has been eliminated and what remains is supernatural, then someone is lying."
- Isaac Asimov (Afterword to "The Obvious Factor," collected in Tales of the Black Widowers, 1974)

Last year, I scribbled sporadically on some particular, domesticated and downright strange instances when "that tired old plot device," known as the "Locked Room Mystery" or "Impossible Crime," escaped from the immures of the written word and began to break the laws governing our universe. Here are the links to parts I, II, III and IV. 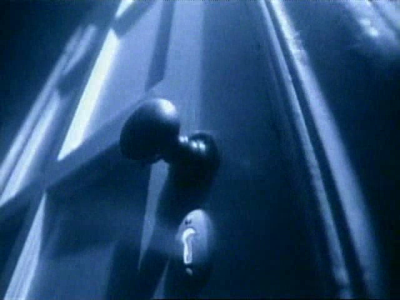 The first sample in this fifth installment can be filed under "Do-It-Yourself" and "Carrian Pranks," in which a magician and comedian, Pete Booth, unwisely, provides the readers of his blog with step-by-step instructions on how to create memories that will last a life time – using a disgustingly simple locked room trick. Booth takes as his purely hypothetical victims a pair of too happy, diabetic inducing newlyweds shacking up in the hotel room next to you and the trick is to make them believe someone snuck into their (locked) room. All you need is a big, round pizza tray, a spatula, freezer and urine. Needless to say, it would work just as well, if not better, in a student dormitory as in a hotel room. Full instructions can be found here. You can also find tips on Booth's blog on how to appear as a public healer, read your friends mind and summon a ghost with such simple household items as a key, receipts and a mirror.

For the next impossibility, I have to reference the first part of this series (see above) and the link provided in the post to a video of James Randi, on That’s My Line, zapping the powers of Kung-Fu Panda, James Hydrick, simply by "placing small pieces of extended polystyrene" in the path of his invisible mind beam – genuinely an obstacle if you ruse depends on a ventriloquist-like blowing technique.

Skeptically inclined blog Forgotomori, "extraordinary claims, ordinary investigations," currently lays in dormancy, but the archive extends back to early 2007 and the lion's share of the site looks at UFO's, paranormal phenomena and creatures unknown to science. The gist of these posts reveal that, yes, the extraterrestrial beings on the photographs was simply a shaved monkey or deformed fetus/animal cadaver and the space craft the result of home crafting in the garage or behind the computer. There were also one or two articles of interest.

One of them discussed an experiment with an apparent feat of telekinetic power and the post run through all the possible and logical solutions, before the table (read the post) was revealed as a piece of stage prop. I think it's rather elaborate to make a bit of paper spin around and, IMHO, shows why Hydrick's performance was actually a pretty good, well executed magic trick and I imagine the audience felt the number of witnesses and cameras would spot any trickery. And then a can of foam ruined the whole epic thing.

There's another interesting post on a famous physical medium from the 1930s, Colin Evans, known today perhaps only for the silly black-and-white photograph of him floating at a séance while making a face as if he's about to drop Little Boy on the group below – who are fearfully holding hands. The explanation is childishly simple, but this story (and that of D.D. Home), gave me possibly an original idea for a levitation trick inside a locked room. I also recommend the amusing post on Sheep Circles, which reports on flocks of sheep spelling out words or form a semi-perfect circles and "The Miracle of the Semiliterate Ants."

The piece on the Lost Thunderbird delves into crypto-zoology (*), but the side-mystery of a shared (false) memory of a non-existent photograph from the late 1800s is fascinating. Finally, a Dutch mystic, "Mirin Dajo," had a human pincushion-act that was never debunked and X-rays showed a fencing foil had indeed penetrated his body. It killed him in the end, but still, I think there's something in our water, because today we have a real-life Ice Man.


And finally, finally, I'll hopefully be back before too long with a review of a mystery novel from a modern-day artisan of impossible crime stories. Stay tuned.

*: Penn Jillette explained crypto-zoology on an episode of Bullshit! as follow: zoology meaning "the study of animals" and crypto meaning "shit we made up."
Geplaatst door TomCat on 2/18/2014