I have covered John Street, or "John Rhode," before on this blog, but not as often as I would have liked to.

Rhode had a technical mind and he could be described as a mechanic of detective fiction who engineered and constructed over a hundred tricky plots, which was not necessarily restricted to his own body of work – as he was credited by John Dickson Carr as the co-author of Fatal Descent (1939) for his relatively small, but very technical, contribution to the plot. But his reputation as a wholesaler of clever and ingenious contrived plots is best illustrated in an anecdote from Christianna Brand. She once suffered from a pesky case of writer's block and Rhode kindly offered the then young novelist to come down to his place, examine his bookshelves and help herself to one of his plots. Assuring her that she was "most welcome" to do so. What a gentleman! 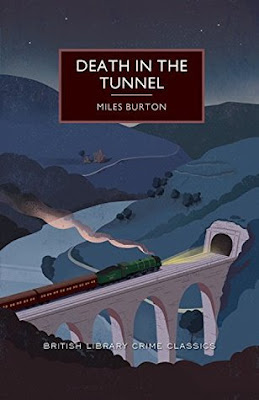 Evidently, Rhode was a man who knew his way around a plot and his output was probably the closest you could get to an emporium of nefarious schemes, devilish plots and cleverly fabricated puzzles, but they tended to be technical in nature – which earned him an undeserved reputation in the post-World War II landscape of the genre as a boring, sleep inducing writer. You only have to read such titles as The House on Tollard Ridge (1929), Death on the Board (1937) and Men Die at Cyprus Lodge (1943) to know how wrong the detractors of the so-called humdrum writers were about Rhode. He was first and foremost a plotter, which meant characterization often took a backseat in favor of the plot.

One of the negative side effects of being reputedly dull was Rhode's name sliding into obscurity and a large swath of his work became rare or fairly hard to get, which naturally meant prize-tags with double, triple or even quadruple digits scrawled on them – effectively keeping them out of the hands of ordinary readers. So I have been carefully rationing the small stack of his books acquired over the years, but, recently, they appear to have reached the front of the line of Golden Age mysteries that were waiting to be reprinted. That brings us to the subject of today's review.

Death in the Tunnel (1936) originally appeared under Rhode's second byline, "Miles Burton," which has recently been republished by the Poisoned Pen Press as a British Library Crime Classic and is prefaced with an excellent introduction by Martin Edwards – who recently swooped up an Edgar statuette for The Golden Age of Murder (2015).

Sir Wilfred Saxonby is the president of an import company, Wigland & Bunthorne Ltd, who serves his community as the chairman of the local Bench of magistrates, but he "was a man of temperate" and "frugal habits." As a magistrate, his philosophy was that "the law was an excellent thing" and considered himself "a firm supporter of it," but it was made for a different class of people and did not always felt bound by it himself – which did not prevent him from being reluctant "to temper justice with mercy" when acting in the capacity of magistrate. So not exactly "the sort of character who inspires affection."

There seems to have been something very irregular on Sir Wilfred's mind when he boarded the train from London's Cannon Street to his home in Stourford for the very last time. He pressed a one-pound note in the hands of the train guard, Mr. Turner, to find him a first-class carriage to himself, which he was able to do and locked him into the compartment. Sir Wilfred is left to his own devices, but when Turner returns to the supposedly secure and impromptu private-compartment he discovers the body of his once generous passenger. Shot through the heart!

Inspector Arnold of Scotland Yard is assigned to the case and the problem confronting him is rife with contradictory evidence. The death of Sir Wilfred is either a case of suicide or murder. There are some points in favor of the former: a small, automatic pistol engraved with his initials is found near the body, the request for private carriage that was locked and he sent his children abroad – which could have been done to make sure that they would not be suspected if the authorities mistook his death for a murder. Only problem is that he lacked a clear and conceivable motive for taking his own life. Business was thriving and he was opposed to the idea of suicide, but the presence of a mysterious murderer seems, literarily, an impossibility.

So Arnold turns to his good friend, Desmond Merrion, who's "something of an amateur criminologist" and even he remarks how "there is at least as much evidence in support of the theory of suicide as there is against it," which makes for an engrossing and meticulous investigation – as they sift through the evidence and hypothesize about the various clues. The best part of their investigation is figuring out what exactly happened when the train went into the titular tunnel on that fateful journey. A situation that forms the meat of the impossible situation of the plot. 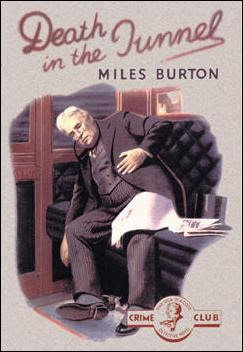 When the train entered the Blackdown Tunnel, the driver claims to have been "held up by a man waving a red lamp," assuming it was simply someone working on the line, and "clapped on the brakes," but then the light changed to green and the train rattled on without losing too much time. There is, however, one peculiarity about this seemingly unimportant incident: nobody was reported or scheduled to work in the tunnel at the time and "some unauthorized person" could not have entered the tunnel, because at each end there's a signal cabin and "nobody could possibly get in without being seen by the men on duty."

My favorite part of the book is probably the exploration of the tunnel as trains murderously roared past them and more than once they had to crawl into one of refuges in the wall for safety. Arnold and Merrion are well rewarded for braving these dangers, because they discover some important pieces of evidence, such as shattered fragments of glass, which seem to indicate Sir Wilfed was the victim of a vast, strange and sinister conspiracy. But even better is the explanation they work out for entering and leaving a sealed and watched train tunnel, which does not hinge upon a spare uniform from a railway worker.

The method is very involved and perhaps a bit too clever for its own good, but you have to admire Rhode for finding a hidden Judas window inside a train tunnel!

Anyway, Death in the Tunnel concerns itself almost entirely with the reconstruction of the shooting and the particulars found on the body, which is both a major strength and weakness of the book. If you love pure, unadulterated detective work this book is for you, but, as a consequence, even I found the characters to be cardboard-like. I can usually forgive shallow characterization, if the plot is good, but even I can't deny the characters here where nothing more than chessmen. Death in the Tunnel is also primarily a how-dun-it and this came at the cost of the who and why, which is what bars the book from a place in the top ranks of the genre because the plot-thread explaining the motivation for this admittedly devilish ingenious conspiracy was introduced in the final part of the story.

I believe that could've been handled a bit better by a professional plotter, which Rhode was, but, if you read the book purely as a how dun it, they become fairly minor complaints. Above all, it's simply a lot of old-fashioned fun to read how Arnold and Merrion take apart the mechanics of a very tricky criminal conspiracy. It makes for an engaging and involved reading experience.

Finally, Death in the Tunnel also made me want to read more from the so-called school of humdrum detectives, which even include writers I have not even touched yet! Scandalous, I know. How dare I label myself as rabid and fanatical when it comes to vintage mysteries, but give me some time. I'll get there and, in the mean time, you can look forward to more of these reviews. Oh, you lucky, you!
Geplaatst door TomCat on 5/02/2016