The Wintringham Mystery (1926/27) by Anthony Berkeley

Nearly a century ago, the Daily Mirror serialized a detective novel by Anthony Berkeley, The Wintringham Mystery (1926/27) as by "A.B. Cox," which was published as a competition that challenged the reader to find an answer to the three basic questions of the detective story – namely who, why and how. The correct solution, "or the entry that is most nearly correct," could earn a first prize of £250. A nice chunk of pocket money in the 1920s! 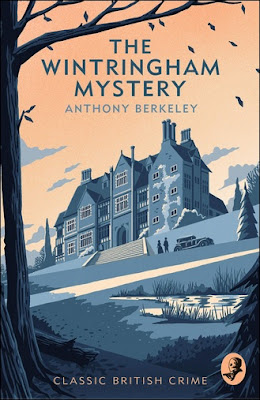 A year later, Berkeley revised the original text and The Wintringham Mystery was republished in novel form under the title Cicely Disappears (1927) that was credited to the obviously pseudonymous "A. Monmouth Platts." But, after its publication, the book plunged front cover first into obscurity. Only murmurs that surrounded the story for almost a century is that Archie and Agatha Christie and her husband were runners-up in the competition ("The Crime That Christie Couldn't Crack"). Now, ninety-five years later, HarperCollins has reissued the book as part of their Collins Crime Club series. This new edition restored the original title, but kept the revised text from Cicely Disappears and comes with an insightful introduction by critic, editor and genre historian, Tony Medawar. So let's see how Berkeley's most elusive detective novel measures up to his other mysteries from the period.

Stephen Munro stepped out of the trenches of the First World War decorated with a Distinguished Service Order and a Military Cross into a nice little inheritance from his late uncle. Figuring he deserved "to have half a dozen years of life and let the future go to pot," Stephen became a carefree, frolicking gentleman of leisure, but now the money has dried up and has been trying to find a job for months – noticing "a distinct slump in the market for promising young men." Fortunately, Lady Susan Carey, at Wintringham Hall, sorely needed a footman now that the old lady has decided to do a bit more entertaining. Stephen is expected to start performing his duties on the day a house party is expected to arrive.

A transition that's awkward enough without some familiar face being part of the house party to make the situation embarrassing. There's an old flame of Stephen, Pauline Mainwaring, who arrives at Wintringham Hall with her fiance, Sir Julian Hammerstein. A well-known stockbroker and one of the wealthiest man in London. Freddie Venables is Lady Susan's nephew and an acquaintance of Stephen who refuses to treat him as a mere servant, which is liable to make "the house feel awkward and the servants' hall resentful." Particularly the butler, Martin, proves to be a thorn in Stephen's side. But they're not the only people present who can make things awkward or difficult.

Lady Susan never forgave her niece, Millicent Carey, for not having being born a boy, because "the glories of Wintringham Hall must be allied to some other name" as there were no male Careys in the direct line. She has a greater affection for Cicely Vernon than "Cicely than for any member of the younger generation" and has "the girl to stay with her on every possible opportunity." The other participants of the house party includes Lady Susan's companion, Miss Rivers. A young and distant cousin of Millicent and Lady Susan, Miss Annette Agnew, who's very direct and modern. Miss Agnew doesn't care very much about another guest, Miss  "Baby" Cullompton, who cultivated a personality matching her nickname. Colonel Uffculme is a long-time friend of Lady Susan and full with stories about his time in India ("when I was in Bengal in '93... or was it '94?"). John Starcross recently garnered fame as an explorer by crossing "some of the hitherto unpenetrated hinterland of South America" and no country house party was no complete without him. Henry Kentisbeare is a gentleman of leisure who lives on the resources of his friends. So a house full with all the potential for trouble. 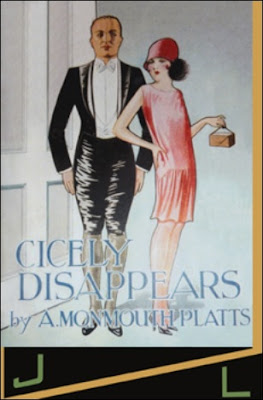 The trouble begins when Freddie finds a book on witchcraft in the library, describing spells to make people vanish into thin air, suggesting they have "a pop at the disappearing stunt" in preference to playing bridge. Not everyone is as enthusiastic about the idea, but Freddie eventually gets his way and Cicely volunteers to be victim for his vanishing-act which they staged in the drawing room – while Cicely is surrounded with every exit closely guarded. Chapter VI: The Séance has a handy plan of the drawing room marking where everyone sat or stood during the séance. Cicely disappears without a trace from the guarded, pitch-black room amid screams, rapping sounds and the smell of chloroform. Stephen and Pauline turn amateur detective to find Cicely and figuring out how she could have vanished as if by magic.

So, while the detective story that follows is well written and amusing enough, the weight of the plot does not justify the length of the story. The Wintringham Mystery is a short story stretched out to book length. A very well done piece of stretching, but not even Berkeley could disguise that most of the story was padding. Quality padding. But padding nonetheless. Anthony Abbot played a similar game in his short story "About the Disappearance of Agatha King" (1932) to much better effect, because it wasn't padded out to a novel-length detective story. That being said, it was interesting to see Berkeley having fun with subverting the reader's expectations and playing around with tropes. Such as (ROT13) vtabevat gur cerfrapr bs n frperg cnffntr nf n fbyhgvba sbe gur ybpxrq ebbz fvghngvba naq gur furanavtnaf jvgu gur qrngu-genc. You can already see the mind at work that would produce The Poisoned Chocolates Case (1929), Jumping Jenny (1933) and his brilliant contribution to The Floating Admiral (1931) a few years later.

But, as it stands, The Wintringham Mystery stands as a fairly entertaining, but thinly-plotted and padded out, curiosity with occasional glimmers, or should that be premonitions, of things to come. However, while not a classic of its kind, I'm still glad I got to read this nearly forgotten, early detective novel by one of the Golden Age greats. I think admirers of Berkeley will be the ones who will appreciate this book the most.