Tetsuya Ayukawa was a mystery writer who has been described as "the Japanese honkaku mystery story," comparable to how Ellery Queen is called the American detective story, whose forte were cast-iron alibis that were minutely-timed with "the diverse trains" that ran along "the web of railways that covered the islands of Japan" – as well as having a predilection for the locked room mystery. Ayukawa had an interesting perspective on the impossible crime and unbreakable alibi: an alibi is a "locked room in time" while a locked room is an "alibi in space." Just like that, Ayukawa handed us an excuse to include alibi-tricks in the next supplement edition of Locked Room Murders. Get to work, Brian! 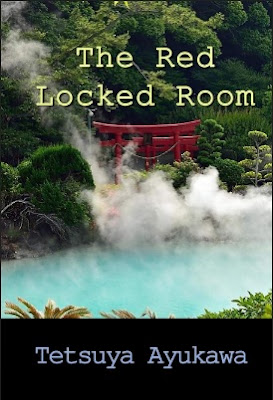 Chief Inspector Onitsura is "Ellery Queen wearing the face of Inspector French" and his métier is disassembling carefully fabricated alibis, which means that his stories have the outward appearance of a Croftian police procedural, but his cases are crammed with "original tricks and impressive lines of logic." Ryūzō Hoshikage is a dashing, well dressed, but obnoxious, pipe smoking merchant with pencil mustache and "a gifted amateur detective" – who earned the respect and admiration Chief Inspector Tadokoro. Hoshikage mainly acts as an armchair detective who listens to Tadokoro every time he gets stuck in one of those locked room mysteries, mutters some cryptic remarks and than produces a solution that had eluded every one else.

So how can you not be enticed by a traditional detective novelist whose assets were locked rooms and unbreakable alibis? John Pugmire, of Locked Room International, agreed and formally introduced Ayukawa, Hoshikage and Onitsura to Western mystery readers with a collection of specially selected short stories.

The Red Locked Room (2020) comprises of seven stories, originally published between 1954 and 1961, which were translated by our resident tour guide in the world of the Japanese detective story, Ho-Ling Wong. Taku Ashibe penned an informative introduction to Ayukawa and his two series-detectives. So let's investigate.

The first story in The Red Locked Room is "The White Locked Room," which opens with a female student, Kimiko Satō, visiting the snow-covered, cottage-like home of Professor Zama, but the door is answered by the editor-in-chief of New Century, Nobuo Mine – who came to have the professor proofread one of his articles. Nobuo tells Kimiko he arrived only three minutes before her and found the professor's body in the study. Chief Inspector Tadokoro when the murder turns out to be an impossible crime. The whole house had been searched, top to bottom, but "not even a mouse was found" and the only, untampered traces in the snow were the footprints of Kimiko and Nobuo. So how did the murderer entered and left the house without leaving any footprints behind?

Tadokoro decides to consult his friend and celebrated detective, Ryūzō Hoshikage, who acts more as an armchair oracle than an armchair detective. Hoshikage listens to every detail of the case, makes some cryptic remarks and asks a baffling question ("any talk about a cat or dog being burnt in the neighbourhood?"), which he neatly works into a logical and ultimately simple explanation. A clever locked room-trick that uses a well-known impossible crime technique to create a new solution to the no-footprints problem. I don't recall having ever come across this exact solution before. So well done, Ayukawa! 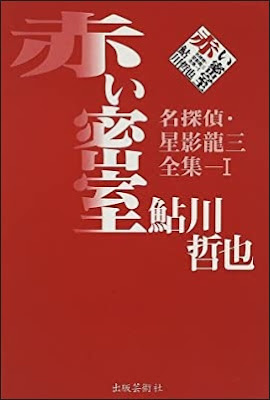 The second story is "Whose Body?" and has a plot suggesting to me that the unbreakable alibi is not the only reason why Ayukawa's Chief Inspector Onitsura novels and short stories are "often categorised as realistic police procedurals." This story hinges entirely on breaking down someone's identity. An important feature of the Realist School.

"Whose Body?" begins with showing why the exterior of a police procedural can be deceiving and exposed it ties to the intuitive school of detective fiction. There are three artists who all receive packages respectively containing a recently fired gun, a rope and an empty bottle of acid. Some get mad, while others assume it was a prank, but the person whose name was used to send the packages claims to be innocent. And then a body is discovered in the basement of a burnt-out building. A headless body with his hands chemically burned, but the victim still had all his possession and the name tags were not ripped out of his clothes – making identification of the mutilated victim suspiciously easy. Chief Inspector Onitsura finds an "exceptionally intelligent" killer who came up with a scheme that would have tricked a less astute policeman. A well-done play on an age-old trick.

"The Blue Locked Room" is the next story in line and starts with a drunken actor, Fuyuto Shinano, assaulting his stage director, Katsuhiko Kashimura, with a knife, but the timely arrival of a police officer prevented them from killing one another. However, the next morning the director is found murdered in his bedroom with the door locked from the inside and the open window overlooking a flowerbed, which was unmarked by any footprints. So, once again, Chief Inspector Tadokoro turns that famous amateur detective, Ryūzō Hoshikage, but the person he fingers as the murderer shocks even him.

A good and decent enough story, but very much a patchwork of old ideas and therefore can across as a trifle weak surrounded by more original and intricately-plotted stories. Edward D. Hoch actually wrote a story so similar to "The Blue Locked Room" that Hoshikage's summation of the case gave me déjà vu, but you can probably ascribe that to Ayukawa and Hoch using the same locked room mystery as their model. However, they both used a different locked room-tricks.

"Death in Early Spring" is an outstanding example of how to apply a classic impossible crime technique to the manufacturing of indestructible alibis! Chief Inspector Onitsura has to find the murderer of a young man, Kazuomi Kokuryō, who had been strangled to death at a construction site on the outskirts of Gofukubashi 3-Chōme – a one, or two, minute walk from the Yaesu Exit of Tokyo Station. Only suspect is a rival in love, Fukujirō Fuda, who possesses an unshakable alibi. Ayukawa assured the reader in the opening of the story that it was "necessary to examine a dry series of railway timetables" to understand "how the culprit managed to mystify the chief inspector without utilizing any special trickery." I count this as a challenge to the reader and perhaps the most fitting story to use it in. Ellery Queen would have approved!

It's very tempting to compare the next story to John Dickson Carr, but "The Clown in the Tunnel" stands much closer to Carr's modern-day followers and imitators. Such as Paul Halter, Jean-Paul Török and David Renwick. 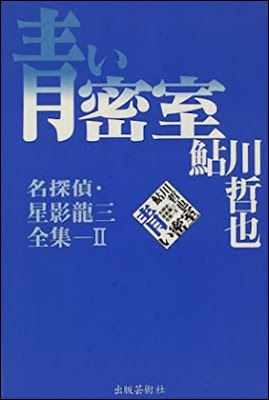 A clown is witnessed entering the lodgings of a band, Swing Wagon Lodge, where stabs the singer to death in the bathroom and than ties up the maid in the kitchen. After the clown had washed his hands and tidied up his custom, his went outside and the maid saw him disappear into the tunnel that connected the house with the streets. There was, however, a traffic accident on the street-side of the tunnel and the policemen on the scene swore that nobody, let alone a clown, emerged from the tunnel. So what happened to the clown inside the tunnel and how was the vanishing-trick pulled off?

Chief Inspector Tadokoro and Ryūzō Hoshikage have to closely examine and weigh every minute that had ticked away between the moment the clown was seen entering the building and was seen escaping through the tunnel to uncover the solution – which revealed one hell of a trick! The previous story used an impossible crime technique to create an alibi, but this story employed the tricks of the alibi story to make a clown vanish into thin air. Something tells me this story is going to turn up in a future anthology of locked room and impossible crime stories.

The next story is "The Five Clocks" and has Chief Inspector Onitsura doggedly pursuing a murderer whose alibi was backed by five different clocks in as many different locations. A clock in the study. The wristwatch of a witness. A radio broadcast. The clock at the murderer's tailor and the clock at the wall of a soba restaurant, but more is not always better and only the trick with the restaurant clock was impressive. So not exactly a classic of the alibi story, but a good example of how to break them down.

Finally, we come to the titular story, "The Red Locked Room," which is a simple red brick building, containing the dissection room, standing on a lonely corner of a university campus. Honestly, a dissection room or mortuary has not been used enough as a setting for a locked room story, because the mood and atmosphere practically creates itself. This time, Tadokoro and Hoshikage are confronted with the body of female student, Katsuki, who had been expertly cut to pieces and left behind the locked door of the dissection room – secured on the outside with a combination-lock. And only one person knows the combination to that lock.

However, if you're familiar with the tropes of the Japanese locked room mystery, or are simply aware of them, you should be able to work out the trick before Hoshikage reveals it to a baffled Tadokoro. Still a solid impossible crime story and another possible candidate for inclusion in a future locked room anthology.

On a whole, The Red Locked Room is an excellent and highly recommended introduction to a writer whose debut novel, Petrov jiken (The Petrov Affair, 1950), was seen as at the time as "a bellwether of the arrival of a new generation of honkaku mystery writers." So, hopefully, this isn't the last we have seen of Ayukawa in the West.

On a last, semi-related note: I didn't want this review to linger in my blogging queue for over a month and decided to find a hole in the schedule to cram it in, but now have to find another hole to play armchair detective. You see, there's a change I might have figured out the true/double identity of the mysterious boss from Gosho Aoyama's Case Closed. I know I'm not far enough in the series to officially know about the revelation that was hidden volume 30, but bits and pieces have been spoiled to me over the years. Recently, the pieces began to fall into place. I still have to work out the details in my head, but it makes sense up there. Nobody on the internet seems to have considered this possibility! And even if it collapses, I'll probably still post my little theory just for the fun of it.
Geplaatst door TomCat on 5/31/2020