The Sleeping Island (1951) by Francis Vivian

This month, Dean Street Press reissued the entire Detective-Inspector Gordon Knollis series by Arthur Ernest Ashley, who wrote as "Francis Vivian," which were originally published from 1941 to 1956 and reviewed two of these titles in September – namely The Singing Masons (1950) and The Elusive Bowman (1951). I liked them enough to delay my return to Christopher Bush and read another one of these once rare, long-overlooked mystery novels. 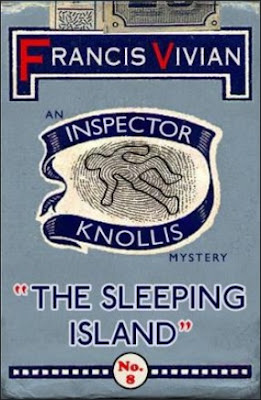 The Sleeping Island (1951) is the eighth title in the series and is a slightly darker, more somber story than the previous two books I read. A gloomy, old-fashionably told detective story with some of the trappings of a modern-day, character-orientated crime novel.

During the Second World War, Paul Murray was stationed on Lampedusa Island, in the Mediterranean Sea, together with Peter Fairfax and the Palmer brothers, Dennis and Roy. One of them, Dennis Palmer, was in enviable position: he was engaged to Brenda Morley and had a good job waiting for him back home, but Palmer was also the trustee of the family fortune – a then princely sum of eight thousand pounds. Palmer's grandfather hated lawyers and objected to paying death duties. So he had handed Dennis a cheque for the whole eight thousand pounds. But when he enlisted, Dennis became worried what would happen to the money if he was killed in action. So he handed over the cheque to Brenda to hold on to until he returns.

Tragically, Dennis is killed in an unfortunate drowning accident. Or so it appears. Only a short time later, Paul Murray began courting Brenda and they married within six weeks. Oh, they kept the money. The Palmer's never saw a dime back of their own money back.

However, everyone believes there was something fishy about Dennis Palmer's drowning on Lampedusa. Some are even convinced Murray has cleverly engineered a perfect murder to get his hands on the money, but everyone is flummoxed about how he was able to murder Palmer, because, when he met his death at the bottom of a cliff at Point Ailaimo, Murray was bathing in Creta Bay – in the presence of several witnesses. So nobody could "prove it was anything else but death by misadventure." But the marriage between Paul and Brenda Murray was not a happy one.

Brenda has been unable to forget Dennis and, when the story opens, has "established a half-yearly wake" during which she wallows in "a bath of self-pity and sentimentality." Something that has begun to irk Murray. He has had enough that a ghost from their past is constantly haunting the dinning-room, the lounge and even the bedroom. So an argument ensues between the two and Murray leaves the house, but after he left, Brenda receives a visitor. Roy Palmer demands money to treat his terminally ill mother, because it was their money. He also tells her that Murray has never stopped seeing his first fiance, Gloria Dickinson, who was put up in a nice flat from "Den's money" and has lived off it ever since – everyone apparently knew it. She ends up giving Roy three-hundred pounds and tells him her lawyer is drafting a new will that gives everything back to his family. Only she never got to sign it. 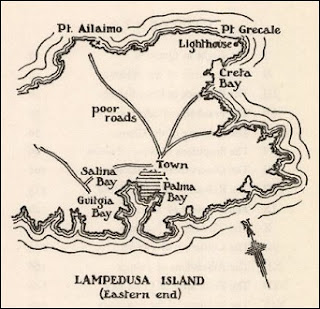 When Murray returned home later in the evening, he finds the home empty and when venturing out into the darkened garden he finds Brenda's lifeless body. Drowned in the lily pond! A gruesome detail is that her cat has also been brutally killed by having its neck pulled and throat squashed.

The local police telephone Scotland Yard and Detective-Inspector Gordon Knollis is sent to the scene of the crime, but this time he not only has to untie a complicated, closely-knit web of linked motives, suspects and their movements – he has to contend with a pesky, stubborn suspect who openly sabotages his investigation. Peter Fairfax was slinking around the house at the time of the murder and he intends "to flummox up the evidence so thoroughly" that Paul "hasn't anything to stand on but a trapdoor in an execution-cell." Fairfax is convinced Paul had murdered Dennis and Roy had killed Brenda, which another motivation to temper with evidence and obstructing the course of justice. He simply believes Paul deserved to be hanged for one murder or another.

I think this is easily the best part of The Sleeping Island. Fairfax found a great place to hide a pair of shoes and he thought he was very clever with the kippers, but Knollis exposes his meddling with skill and experience. Something that really complimented the efforts of the police-characters. I also think this almost has a Anthony Berkeley-like quality to it (c.f. Trial and Error, 1934). Unfortunately, the ending has two problems that drags it down my previous two reads in this series.

Francis Vivian evidently preferred to work with a small, close-knit cast of characters with only three or four suspects. Here he told an engaging story of domestic murder with a dark, potentially second murder hidden in the past and, as a reader, you want the resolution to come out of this back-story that has dominated the entire story up till the ending – only to end with a disappointing anti-climax. This murderer could have worked, but not in this story. Secondly, I believe the alibi-trick on Lampedusa Island remained unexplained.

It could have been my fractured reading of the book, but a solution was only alluded to or hinted at, but never actually explained. Knollis talked about the death of Dennis Palmer as a perfect murder that looked like an accident and "can never be proved." So perhaps this was done to contrast a perfect murder with a not so perfect murder? Either way, it didn't work out for me. So a well-written and characterized story of crime, but not all that impressive as a  detective story.

Regrettably, The Sleeping Island was not as good a detective story as either The Elusive Bowman or The Singing Masons, but better luck with the next one. One disappointment is not going to deter me from the promising, intriguing sounding Sable Messenger (1947), The Threefold Cord (1947) and The Laughing Dog (1949). To be continued.
Geplaatst door TomCat on 10/10/2018