To Wake the Dead

"You say you've known magicians and escape artists. Can you think of any trick that would explain how it was done?"
- Superintendent Hadley (John Dickson Carr's The Hollow Man, 1935)

Several years ago, I posted a review of Gauntlet of Fear (2012) by David Cargill, which was self-published and came with the kind of flaws one expects from such a venture, but the book is part of a short and very intriguing series – namely a locked room trilogy! So, not surprisingly, I always intended to return to this series of impossible crime novels and give it an opportunity to redeem itself. But first things first. 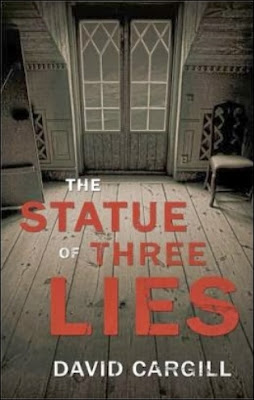 Cargill is a retired school teacher from Dumfries, Scotland, who's in his eighties and began to translate his "lifelong interest in stage magic and the writings of John Dickson Carr" in 2010. According to this author's comment, left as a response to a negative review, Cargill revealed he hoped his writing aspirations might produce enough proceeds to repay the Alzheimer nurses who looked after his wife until her death in 2010. So this drove Cargill to write three locked room novels: The Statue of Three Lies (2011), Gauntlet of Fear and The Cinderella Murders (2015), but what fueled their plots was his obvious love for stage magic and detective stories.

The Statue of Three Lies is dedicated to the memory of the undisputed master of the locked room mystery, Carr, whose work was "the inspiration that triggered this piece of fiction" woven "around an incident of fact" - which, in "Notes for Curious Minds," is shown to have been a "spooky" anecdote from chapter 2. A domestic incident of the unexplained that should have been narrated by Warwick Moss on an episode of The Extraordinary. Anyhow...

Cargill showed with The Statue of Three Lies that he's closely aligned with two of Carr's modern-day followers, Paul Halter and David Renwick. The book really could have been plotted and written by those two.

The Statue of Three Lies takes place in 1966, making this a historical mystery, but the seemingly impossible murder, which is the central problem of the plot, happened fourteen years previously – during the early 1950s in a large, sprawling place called Maskelyne Hall. Jack Ramsden was "a craftsman," who loved cabinet making and magic as an art form, using "all of his ingenuity in the production of props for stage illusionists." Ramsden even began to perform as an amateur magician, but tragically died in a shooting accident when he was setting the stage for an elaborate trick in the library of his home on the eve of his wife's birthday.

Every year, on the 31th October, which is both the night of Isabella Ramsden's birthday and the anniversary of the death of Harry Houdini, Ramsden "entertained the household with his latest version of an old illusion." Jack worked tirelessly to improve upon the ideas of the great masters of illusions, past and present, such as a famous levitation act, but the last trick was supposed to be a recreation of "the Bullet Catching Trick of Chung Ling Soo" - using a different kind of rifle. However, when he returned from a trip to the United States, where he attended a convention for magicians, he had become wildly enthusiastic about an illusion he witnessed there. He compared it with The Substitution Trunk and wanted to recreate it with the entire library acting as the trunk. The trick would include "a transformation scene of earth shattering dimension" using R.L. Stevenson's characters of Dr. Jekyll and Mr. Hyde, but an invisible intruder turned this amateur performance into an impossible murder.

Ramsden insisted that every inch of the library was searched, to show nobody was being hidden, while the windows were being locked and the curtains drawn. The lodge-keeper, groom and gardener, Old George Gardner, was outside guarding to windows to make sure "there was no jiggery pokery." The large fire place was blocked and entirely filled by a solid steel, built-in safe. A room that was, for all intents and purposes, a sealed one!

So, finally, he was locked inside the empty library and the sole key was in constant possession of his wife, which set the stage for the bizarre sequence of events that happened next – such as a series of strange sentences of a one-sided conversation emanating from the library.

They heard him say "leave that alone," "put your mask on" and "no, no... don't touch that," which is followed by the report of a gunshot, but, when they enter the room, they only find a dying man. The shot apparently came from the mounted rifle on the stand. Since nobody was in the room, or could have entered it, the death was filed away as an accident.

So, here you have, what could be, the premise of Halter novel: a seemingly impossible murder that has occurred in the past and the resembled the premise of the locked room murder from Le brouillard rouge (The Crimson Fog, 1988), which also occurred on the makeshift stage made for the performance of magic tricks. However, the subsequent investigation resembled a (later-period) episode of Renwick's Jonathan Creek.

After fourteen years, Ramsden's daughter, Laura, contacts Professor Giles Dawson, who specialized himself in the history of stage illusions and is a member of The Magic Circle, but also stayed at Maskelyne Hall as a child. Dawson credited Ramsden's stories about Houdini's exploits as the root cause of his fascination with stage magic. Well, Laura wrote a letter to Dawson telling him that she has began to believe that her father's death was meant to happen and how "the past is closing in" on the family. So she wants him to attend her mother's seventieth birthday party and help prove that her father's fatal accident was murder.

What follows is largely a type of sedentary investigation, which I call "Mainly Conversation," since a considerable amount of time is spend sitting around and talking. And not always about subjects that are immediately relevant to the problem at hand. However, some of these conversations were interesting and covered a whole gamut of topics: such as the story of the brief, but impossible, disappearance of a diver from his old-fashioned diving suit, which is given a rather gruesome explanation. There's a talk about the scientific nature of coincidences and several famous events are brought up, which include the coincidences surrounding the Titanic disaster and two Presidential assassination. Ghosts are also brought up, followed by a rather useless séance, as is the locked room mystery itself. Of course, the Dr. Gideon Fell's famous and often cited Locked Room Lecture is discussed. So these parts are not entirely without interest, but neither are they of integral importance to the overall plot. 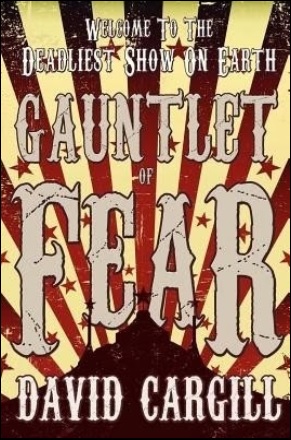 However, Dawson does some actual detective work. One of the first things he does, upon his arrival at Maskelyne Hall, is solving a Jonathan Creek-style riddle that gave him to the combination to the safe in the fireplace. The safe contains a clue that eventually brings him to Boston, in America, where learns of the illusion, witnessed by Ramsden, of "the disappearance of an individual" from "a room that was locked and had no windows" - a locked room filled with magicians as an audience! Dawson also gets an idea or two from the titular statue, which is a statue of John Harvard that earned its nickname for the many inconsistencies surrounding it. So he does not just sit around discussing esoteric subjects or ride his hobbyhorse.

My explanation for the locked room murder of Jack Ramsden was very, very close to the one provided by Cargill. I think my solution can be regarded as a simplified version of the actual explanation, but Cargill's overdressing of the trick prevented from it being a disappointment. Cargill took a similar approach to the impossible crime angle as Ramsden took to stage illusions: trying to improve on the old masters and taking a shot at adding "a new dimension to a classic." And he thoroughly refurbished one of the oldest tricks in the book.

Honestly, I appreciate the work Cargill put in reinvigorating this trick. It definitely was more inspired than the whodunit angle or the second murder this eventually provided.

So, The Statue of Three Lies has its fair share of problems, two of the most ones are the obvious absence of an editor and an annoying overuse of exclamation marks, but the book is rather grandfatherly in nature. It's as if your grandfather is telling you a story about bloody murder, family secrets and locked rooms, but the problem is that its told at an old man's pace with a liberal amount of side distractions and irrelevant stories. But there's something kind and benevolent about the whole book. Cargill's love for John Dickson Carr, impossible crime fiction and magic tricks is also very evident, which makes some of its flaws forgivable to a Carrian reader.

However, if you decide to give The Statue of Three Lies a shot, you should keep in mind that this is a self-published novel that missed out on some much needed editing and came with the expected flaws of a debuting novelist. So readers, purely looking for a brilliant locked room novel that can rival Carr's The Three Coffins (1935) or John Sladek's Black Aura (1974), should probably look elsewhere. I, on the other hand, will take a look at the third and final entry in this series purely for the sake of completion. So you have a review of The Cinderella Murders to look forward to somewhere in the not so distant future.
Geplaatst door TomCat on 1/13/2017