In my previous two blog-posts, I reviewed Douglas Clark's The Libertines (1978) and Roger Ormerod's An Alibi Too Soon (1987), two British genre conservationists, who attempted to modernize the great detective stories of yore during the post-WWII decades and why I grouped them together as modern, neo-traditionalists – which may need a small correction or footnote. Having read two of their novels back-to-back, I noticed a subtle difference in the way they tried to mix the traditional with the modern. 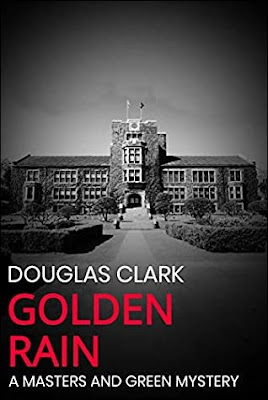 Ormerod evidently was closer aligned to the modern, psychological and character-driven crime novels (e.g. The Key to the Case, 1992) than Clark, but with unmistakably traditionalists bend. And reveled in the use of double-edged clues, red herrings, twisted alibis and locked room mysteries (e.g. A Shot at Nothing, 1993). Clark was much more covert in his approach and his novels not only masquerade as modern police procedurals, but apparently tend to underplay the traditional elements of the plot a little. Or, to be more accurately, disguising his plots as pharmaceutical mysteries and poison-puzzles. You can do and get away with a lot of trickery that involves poisons, medicine or the victim's medical condition. An approach that allowed so much room that Clark was even able to wrote something as incomparable as The Longest Pleasure (1981).

However, I've only read a handful of Clark's novels and my observation could be completely wrong. So why not read another one to see if the pattern repeats and what better to use than one of his reputed, uncatalogued locked room mystery novels?

Golden Rain (1980) is the thirteenth title in Clark's Master and Green series and takes place at Bramthorpe College for Girls, "always referred to simply as Bramthorpe," where Miss Mabel Holland reigns in her double role as beloved headmistress and benevolent dictator – as "discipline was strict and punishments were few." She reformed the school most diplomatically, economized without austerity and was very cross when learning one house had saved money on catering one term. Because "the school was not in business to make a profit out of the girls' food fees." Everything was done under her watch to ensure the girls could realize their full potential that, in turn, raised the academic standard of the school. So nobody could have possibly have had a reason to kill her, but Miss Holland becomes the subject of a precarious murder inquiry. An inquiry in which even Scotland Yard has to tread carefully.

Miss Holland lives in the School House and shares the place with a housekeeper, Mrs. Gibson, who has Tuesday as her day off, but, upon her return, she smelled vomit. A trail lead to the bedroom where she discovered the body of Miss Holland. An autopsy revealed she had been poisoned with laburnum seeds, which grow from a poisonous plant with pea-like, yellow flowers commonly called Golden Rain. Miss Holland was "chock full of the seeds," but the local police is more than willing to settle on an accidental poisoning or suicide. She was alone the house, locked up tight, with "no signs of forcible entry," but some people close to her have good reasons to believe she neither committed suicide or accidentally poisoned herself. 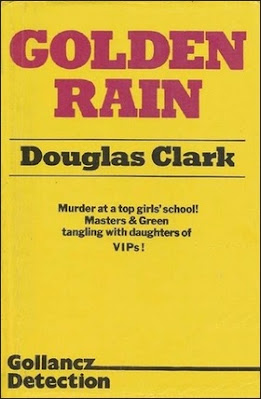 Miss Holland was a level-headed, cheerful and happy woman who looked forward to her holiday in Malta and had written her mother to tell she had "a lovely surprise" that would overjoy her, which hardly suggests a suicidal frame of mind. Secondly, Miss Holland was a biologist and botanist who would be able to identify laburnum seeds and know of their toxic qualities. But how do you force a spoonful of crushed laburnum down someone's throat in a locked house without a struggle or a trace of poison anywhere? So what they needed was a big bug from Scotland Yard to clear up this messy case.

Funnily enough, I've read some recent reviews criticizing Clark's overstaffed cast of police characters as a massive waste of resources and manpower, which made me wonder if he faced similar criticism during his lifetime – because it becomes kind of plot-thread in the first-half of the story. The local police is divided with Detective Inspector Lovegrove intending to squash the case at the inquest to get a verdict of suicide or accidental death. Detective Superintendent George Masters and Detective Chief Inspector Green with Detective Sergeants Reed and Berger arrived less than a day before the inquest, which gives them precious little time to come up with evidence to the contrary. And the prickly, autocratic coroner wants plain facts to bring in any other verdict. The presence of a specialized Scotland Yard team "cost money and time," which makes an exhaustive investigation hard to justify without a shred of evidence in "the face of a coroner's unfavourable verdict."

Unfortunately, this angle is only used to pad out the first-half with Clark holding back all the good and clever bits for the second-half.

First of all, the locked room situation is, as expected, completely underplayed and barely acknowledged, but the locked doors and windows were, sort of, incidental. Some of you likely would not even label it as a locked room mystery or impossible crime. Miss Holland was poisoned in a locked house, but the deviously clever piece of plotting is in the poisoning-trick that's almost as good as the one from Detective Conan's "The Loan Shark Murder Case." But it's not merely a trick. Clark skillfully dovetailed the poisoning-trick with all the other facets of the story and employed something common in schools as an original piece of camouflage. Something that threw me off the scent and was initially a little disappointed as it introduced an until then unknown character into the solution. There was no reason to be disappointed. Clark used it to give the murder something "strange for a major crime" like murder, which revealed the camouflage the murderer draped across the poisoning-trick. 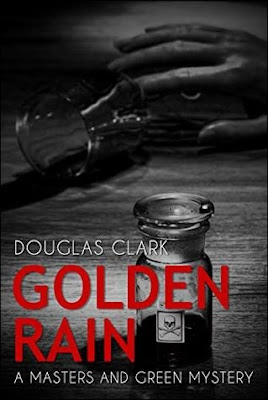 I was equally impressed with the late problem of three sets of fingerprints discovered at School House and particular the third set poses a tricky problem, but the explanation either makes you want to slap Clark's shoulder like a good sport or strangle him with his own necktie – nicely fitted the setting and period. Only problem is that it didn't give enough room to be used to its full potential and give the solution more of a punch. But, other than that, the ending and solution placed Clark back on the same footing with Ormerod as a top-tier, neo-traditionalist mystery writer.

Where they differ is Clark's clandestine alliance to the classics as he tries to sneak all the good stuff pass the reader (or critics?) without trying to draw attention to them like a closeted alcoholic lacing his coffee with booze. Almost like he felt it was necessary to lure the reader in with the premise of a contemporary police procedural before hitting them with the more traditional stuff disguised, or presented, as a pharmaceutical or poisoning mystery. Death After Evensong (1969) appears to be an exception to the rule, but than again, there's nothing subtle about shooting someone point blank with a magic-bullet. However, it showed that his work could have been even better had he continued to embrace and indulge in the traditional, plot-driven side of his detective novels.

So, all things considered, Golden Rain begins slowly and delays the most important plot developments and clues until the second-half, but the end result is an excellent, first-class take on the classic, college-set mystery novel and an admirable dovetailing act. Recommended to everyone who appreciate a good, old-fashioned puzzle plot or detective stories that take place in the world of academia.

Just a heads up, I might bookend these two Douglas Clark posts with reviews of Ormerod. So the next one might be one of Ormerod's 1990s mysteries, but haven't made up my mind yet. However, I'll will return to the Golden Age in one of the next two posts. So don't touch that dial!