The Stone and the Moth

Frederick "Fred" M. White was a multifaceted author who reputedly was a pioneering presence in the espionage genre and an early practitioner of disaster fiction (e.g. The Doom of London, 1903), but also labored in the field of detective fiction when the genre was between two epochs – transitioning from the Gaslight Era into the Golden Age. Regardless, these achievements have not resulted in ever-lasting name recognition and I would not have been aware of White if it weren't for a special mention in Locked Room Murders (1991).

Robert Adey mentioned in his introduction, when discussion The Victorians (1890-1901), "a strange sense of precognition" about White's Who Killed James Trent? (1901), serialized in Pearson's Weekly, which has a rising young novelist as its protagonist – named Jasper Carr! A wonderful coincidence and "an unconscious pointer to an author yet to come," but copies of this locked room tale are hard to come by. So I decided to take a gander at his other impossible crime novel.

The Cardinal Moth (1905) originally appeared in a London evening newspaper, The Star, which ran the story as a serial from December 1903 to January 1904. A year later, the story was republished in book form, under the same title, but was given a subtitle, The Accused Orchid, which is redundant as both titles refer to the same thing. Namely a very rare, legendary and absolutely unique flower. One that has come to be closely associated with death.

The legendary orchid, known as the Cardinal or Crimson Moth, is described as "a flower on a flower" with "a large cluster of whitey-pink blossoms with little red blooms hovering over like a cloud of scarlet moths." Once upon a time, the flower guarded the roof of the Temple of Ghan, situated in the fictional Kingdom of Koordstan, but the shrine was also used as an execution place for (political) criminals. All of those who were condemned were given the Herculean task of climbing to the roof and pick a flower from the Moth, which they had to after being locked inside the temple and when the priests outside finished their prayer the door was opened – only to find the condemned man on the floor with "the marks of great hairy hands about him." 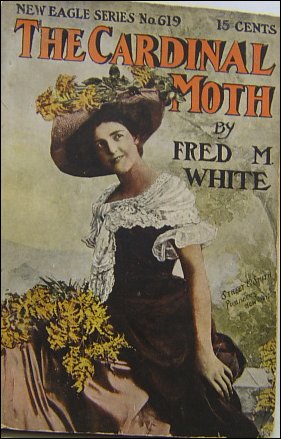 Sometimes it was the neck that was broken or they had died from strangulation, but there were also cases of men who had their chest crushed in "as if a great giant had done it." It sounds like the premise of a Paul Doherty novel or the back story for one of Paul Halter's fanciful plots! And the flower seems to have lost nothing of its power when a specimen of the long-lost flower turns up in England.

Sir Clement Frobisher was "that rare bird amongst high-born species," a man who made his own fortune, but was reputedly booted out of the diplomatic service after being involved in an affair concerning Turkish Bonds. Simply put, Sir Clement was a bit of a rogue. A rogue who knew how to be charming and appreciate a good opponent, but a rogue nonetheless and one who sees his love for flowers as "the only weakness that Providence had vouchsafed to him" – which resulted in a hundred-thousand pound investment in a treasure filled orchid-house.

The glass house is a small paradise of bright, vivid colors and a sea of floral fragrances, located smack dab in the middle of Piccadilly, but one evening, a genuine treasure is practically given to Sir Clement.

Paul Lopez is a high-class a scoundrel, "a star of the first magnitude," who Sir Clement deems worthy enough to be his rival and Lopez brings him the coveted Cardinal Moth. A flower assumed to be extinct and consigned to the myths of a far-away land, but Lopez brought the orchid collector a living specimen. And what does the scoundrel want in return? He merely wants an alibi. So, a very small price in exchange for such a rare specimen, but his Armenian servant, Hafid, implores his master to “take it and burn it at once.”

Of course, The Cardinal Moth delivers on its reputation when a dead man is found in the orchid-house, "strangled by a coarse cloth twisted about his throat," but nobody seems to have been able to commit the murder. The house was securely locked from the inside and everyone who was present could be accounted for. It makes for a tantalizing situation, but one that's shoved to the background in favor of a second plot-thread that involves a royal gemstone. 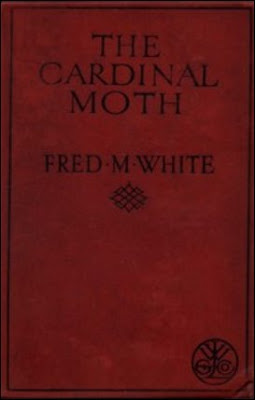 The Shan is the Westernized monarch of Koordstan, home of the fabled flower, but the Kingdom also has the Blue Stone of Ghan: a precious ruby and "a talisman that every Shan of Koordstan is never supposed to be without," because one side of the stone is engraved and used as for sealing state documents. But the most importantly is that the stone is a symbol of the Shan’s claim to the throne to the tribes of his land. There is, however, one problem: the Shan is prone to the vices of the West and is generally hard up. So he pledged the stone to a notorious money-lender, Aaron Benstein, who allows his wife, Isa Benstein, to wear the jewels polite society pawned with him to social gatherings.

Well, the work done by various characters, most of them tied "the orchid mystery," to ensure the Shan can produce the royal stone and safeguard his throne makes for an unusual alliance, but also makes The Cardinal Moth hard to pigeonhole. You can hardly describe the book as a traditionally-structured detective story. Even by the standards of the early 1900s, but neither can it be described as a thriller or an espionage story. I guess the final chapters can be described as courtroom fiction, when the orchid-deaths are explained during an inquest on the bodies, but the plot is largely about two problems that a number of people try to resolve – without conforming to any of the patterns or sub-categories of crime-and detective fiction. It almost sounds dull, but the cast of colorful characters and exotic plot ingredients took care of that. So, yeah, a very unusual, but interesting, read that fans of early twentieth century popular fiction will probably enjoy the most.

Finally, I should mention the locked room elements: White showed he possessed a fertile imagination and this was reflected in the impossible situations, which moved away from the secret passages, unknown poisons and deadly animals that had dominated such impossible crime stories during the nineteenth century. A path that was abandoned by L.T. Meade and Robert Eustace in A Master of Mysteries (1898), which contains one or two short stories that can be considered literary relatives of The Cardinal Moth.

My sole complaint is that I don’t find it believable that the method would work (successfully) more than once. Let alone having a success rate dating back more than a thousand years.
Geplaatst door TomCat on 11/17/2016