Murder in Retrospect: The Best Reads of 2012 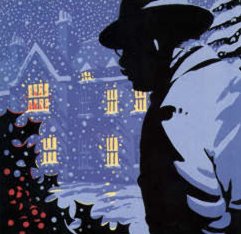 If it were not for a dilapidating flu, which felt like a resurgence of the Bubonic plague, I probably would've had another review up, alongside this best-of list, but I found myself unable to focus on any story – even if it was just a short one. So now that I'm back, but without a book to discuss, I have nothing else to post except this annual list of detectives that I enjoyed reading over the past twelve months.

This year, I wanted to elaborate on my picks, perhaps even divide them up in special categories, but I'm running low on creative juice and settled on the same model as last year – an accumulation of links to the individual reviews. Compiling the list was even easier, which I attribute to the fact that I emerged myself in unnoted, second (or even third) string mystery writers. It proved to be an enormous help in separating the wheat from the chaff.

My top 30 of favorite mysteries read in 2012 (in alphabetical order):

Honorable mention: The Stingaree Murders (W. Shepard Pleasants, 1932)
(the book is, unfortunately, tinged with 1930s racism, but the three impossible situations and their solutions are wildly original)

The Greatest Discovery of 2012: Cor Docter

Well, this won't be my last post of the year, but probably the last one to go up before Christmas. So, I want to wish every visitor to this blog a Merry Whatever It Is That You Celebrate, and hopefully, I'll see you all back for a third year reviewing classic mysteries, discussing neo orthodox detective stories and obsessing over locked room mysteries.
Geplaatst door TomCat on 12/23/2012

Email ThisBlogThis!Share to TwitterShare to FacebookShare to Pinterest
Toe-Tags: Best of Lists