"My life is spent in one long effort to escape from the commonplaces of existence. These little problems help me to do so."
- Sherlock Holmes ("The Red-Headed League").

Theo Joekes (1923-1999) was a Dutch journalist, (mystery) writer and politician, who's remembered, if remembered at all, for his tenure as a member of parliament – where he took his seat on June 5, 1963 and left in 1989 after withdrawing his name from the list of candidates of his party (VVD).
Joekes departure from the political scene was the result of an internal skirmish that stemmed from a report of a committee of inquiry, of which he was the vice-chairman, that looked into a shipyard that received financial aid from the government before going under and found that one of Joekes' fellow party members had lied to parliament. Apparently, there was some pressure to revise their report, but Joekes stood firm and as a punishment for his "betrayal" he was delegated to an ineligible place on the party list during the next elections. This was, however, not enough to shut this parliamentarian up and began to campaign on his own and clung to his seat for another term after garnering 285.000 preference votes – which was also good for four additional seats for his party. But don't think this was appreciated. During the next elections, his name was again assigned to an ineligible place and this lead him to the conclusion that he had arrived at the last chapter of his political career. 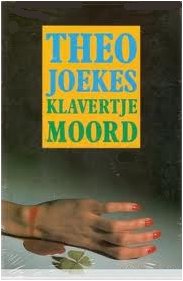