Back in 2015, "JJ" of The Invisible Event began a semi-regular blog-series, "Adventures in Self-Publishing," in which he examines independently published detective novels and with the exception of a few clunkers, like The Message in a Bottle (2017) by Merapi Omnut, the quality has been above average from what you'd normally expect from self-published works – most notably Lee Sheldon's Impossible Bliss (2001). Recently, he discussed a novel this series of blog-posts that sounded too good to ignore. 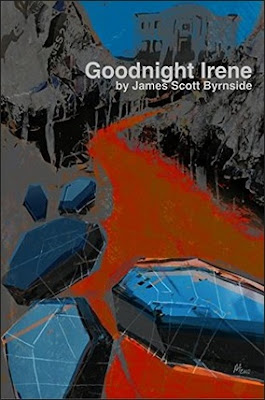 JJ opened 2019 with a review of James Scott Byrnside's Goodnight Irene (2018), a self-published locked room mystery, which he described as "an absolute belter" with "increasingly bizarre and unfathomable crimes" in an isolated house reminiscent of "the pell-mell craziness" of Theodore Roscoe's Murder on the Way! (1935). That alone was enough to get my attention, but then Byrnside turned up in the comments to say he wasn't "interested in writing anything except impossible crime." So that got him fast-tracked to the snow-capped peak of Mt. To-be-Read. Sorry Robert Innes and Adam Roberts. I'll get around to you two eventually.

Goodnight Irene is an ambitiously written, intricately plotted detective novel, certainly for a debut, which generally means the opening chapters are easier to discuss than the later. Here, it's the other way around.

The story opens with a prologue set in Chicago, 1907, giving the reader a glimpse of an appalling crime before moving twenty years ahead, to 1927, when a private-detective, Rowan Manory, made "a terrible error in judgment"  that has caused "irreparable harm" – effectively putting him out of commission for months. Five months later, Manory receives a letter from Robert Lasciva from Vicksburg, Mississippi, who received a death threat in the mail. A threat promising Lasciva will be murdered during the weekend of his fifty-fifth birthday and the murderer will be a guest at his party.

Lasciva has organized "a small, tight-knit celebration" at his remote estate, high upon a ridge, between the Bayou Pierre Mounds and Fort Hill with only one read leading up to the place. There are only three guests, a business associate and staff besides the two detectives of the story.

The guests are an elderly aunt, Bernice Lasciva, and a long-lost English nephew, Charles Lasciva, who brought along his wife, Margaret. Jack Tellum is Robert Lasciva's bodyguard, while Ruth Martice and Willie Aikes respectively fulfill the duties of private-secretary and butler/driver. The party is rounded out by his lawyer, Paul Daniels. Manory decides to take the case, not only for the much-needed three-thousand dollar fee, but the link his client has with the long-forgotten crime from the 1907 prologue and the untimely death of his mother – which probably gives you the impression that the book is a dark, grim and brooding historical crime novel. Goodnight Irene is definitely written in the traditional of the nicotine-stained, booze-fueled American pulp story, but the two main characters have a sense of humor and their comments often lighten the mood.

Manory has an assistant and friend, Walter Williams, who banter back and forth like a couple of married detectives from the comedic mystery novels of Kelley Roos and Herbert Resnicow. And this never strikes a false, jarring note with the pitch-black plot-strands. I believe Byrnside's talent as a writer is in straddling the various forms and tropes of the genre without turning the story and plot in a Frankenstein monstrosity.

Goodnight Irene begins to resemble a classically-situated, traditionally-styled detective story when Jack Tellum is poisoned and mumbles, what proves to be, a dying message, "choke, choke," which is funny coming from a character named Tellum (Tell 'Em). Very subtle, Byrnside. Very subtle. A note is found on Tellem saying "two are now dead" and promising two more "shall perish" before dawn. That second body belongs to the host, Robert Lasciva, whose decapitated body is found clad in a heavy, ancient and costly suit of armor in his office – three feet away sat the helmet propped up with a battle-ax by its side. There are no windows in the office and the door was locked with the key sticking in the lock on the inside.

Lasciva had been in the room with his aunt, Bernice, but the elderly lady could not have committed the murder, because she was physically unable to swing the big battle-ax and there's another problem. When the door was broken down, Bernice had disappeared from the locked, windowless room! What a brilliantly posed, double-edged impossible situation. A third, quasi-impossibility is thrown in for good measure when body parts are found, but the dismembered victim was not a member of the party and the house became inaccessible to outsiders when a flood washed away the only bridge to the mainland.

On a side note, Goodnight Irene is set during the most destructive river flood in the history of the United States, known as The Great Mississippi Flood of 1927, which left over 700,000 people homeless, approximately 500 people dead and caused $1 billion in damages. The town of Vicksburg, Mississippi, was one of the places that was flooded in 1927 and is depicted in the story as being drowned in twenty-five feet of water, covering "any signs of civilization," except for a roof or tree here and there. The deluge had even "unearthed the contents of Beulah Cemetery" and forced "the coffins to travel through the town like some unholy pastiche of a funeral procession." These scenes reminded me of the devastating flood in Zelda Popkin's criminally underrated Dead Man's Gift (1941). 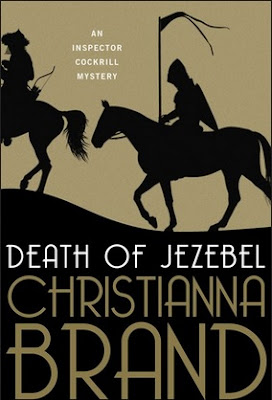 Byrnside dedicated Goodnight Irene to one of the uncrowned Queen's of Crime, Christianna Brand, stating that she may not have been "the most prolific or celebrated mystery writer," but "she was the best" and the plot slyly winks to Brand – draping another layer over this peculiarly structured detective story. A detective story that could have been penned by Bill Pronzini and plotted by Paul Halter, but paying homage to a mystery writer whose only flaw is that she didn't write enough detective stories.

The plot has some minor imperfections, such as a rushed ending and words ("pixilated") or phrases ("Five more minutes, Mom") that are or feel out-of-place in 1927, but overall, the quality of this self-published debut novel that I can easily dismiss those flaws as growing pains of a promising mystery writer. If there's anything to complain about, it's the routine solution to the locked office. The dying message of the bodyguard, the reason why the body in the locked room was clad in an armor suit, the disappearance of Bernice, the dismembered remains and the link to the crime from 1907 are all superbly handled, but have seen this locked room-trick more than once – one of the clues made it blatantly obvious this trick was being used. So that was a little bit disappointing.

Byrnside took an ambitious first stab at the detective story with Goodnight Irene and the result is an unconventional historical mystery novel, steeped in the offbeat style of the American pulps, but written around the skeletal frame of the traditional detective story and everything fitted together perfectly. Most promisingly, the solution to the dismembered remains is something you expect to find in a Japanese shin honkaku (neo-orthodox) detective novel. So, hopefully, Goodnight Irene is not only the auspicious beginning of the next John Dickson Carr or Paul Halter, but also the beginning of the end of the current Renaissance Period with the dawn of a Second Golden Age looming on the horizon. No pressure, Byrnside.
Geplaatst door TomCat on 3/12/2019