A Frame of Mind

"Commit a crime, and the earth is made of glass. Commit a crime, and it seems as if a coat of snow fell on the ground, such as reveals in the woods the track of every partridge and fox and squirrel and mole. You cannot recall the spoken words, you cannot wipe out the foot-track, you cannot draw up the ladder, so as to leave no inlet or clew."
- Ralph Waldo Emerson

Back in 2012, I positively reviewed The Moon Rock (1922) by Arthur J. Rees and John Norris, of Pretty Sinister Books, suggested in the comment-section I take a look at Rees' The Shrieking Pit (1919) next, which he described as "one of the best detective novels written prior to 1920." 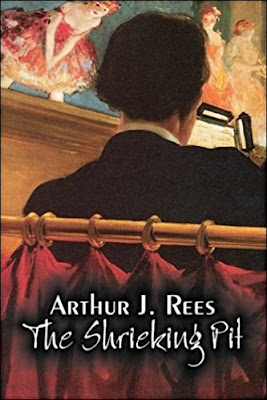 Well, that was enough to secure it a spot on my elephantine TBR-pile, but then this long-forgotten mystery novelist began to slip from my mind and had not really given him a second thought until one of my fellow bloggers, "D for Doom," reviewed the book over at his excellent blog – called Vintage Pop Fiction. So I decided to finally excavate the book from the big pile and see what all the fuss is about.

The Shrieking Pit is set in Norfolk, England, in 1916, when the European continent was in the middle of the First World War and this global skirmish has a prominent presence in the story. In the first chapter, there are references to young army officers, war widows and a nearby zeppelin air-raid that had nearly emptied out the Grand Hotel. Something that may have affected the peculiar young man in the public room of the Grand Hotel.

David (or Grant) Colwyn is an American-born Englishman and a private-investigator of some celebrity, who is supposed to be taking a well deserved holiday, but he can't help observing the troubled man sitting in an alcove and assumes the poor soul is shell-shocked – until another guest takes a seat at his table. The man is Sir Henry Durwood, a Harley Street specialist, who recognizes the signs of furor epilepticus and asks Colwyn to help him intervene when the attack comes. Sure enough, they find themselves carrying a now unconscious man, who registered as James Ronald, to his room, but refuses any additional help once he regained consciousness. And that same day, he leaves the hotel without paying his bill of thirty pounds.


However, the memory of this incident comes back the following day when news reaches the hotel that a murder has been committed in a neighboring village and it looks as if the author of that crime is James Ronald!

The scene of the crime, called Flegne-next-sea, is a dying seaside village surrounded by "swamps and stagnant dykes." A place of outstretched marshlands, which encroached on the roads, dotted with often abandoned stone cottages, ruins of a priory and "a crumbling fragment of a Norman tower" - remnants of a long, sustained struggle against the hostile elements of the place. It was "a poor place at the best of times," but the war had made everything worse and everyone a whole lot poorer. So the arrival of an archaeologist to the village was seen as a godsend, because of the work and money this brought to the locals.

Roger Glenthorpe was an elderly archaeologist, who lodged at the Golden Anchor, which he used as the home base for his extensive research into the fossil remains that are common to that part of Norfolk. Unfortunately, for the archaeologist, the locals of this remote spot are scientifically illiterate. So he welcomed the arrival of Ronald at the inn, because the young man was obviously educated and knew a thing or two about science and history. 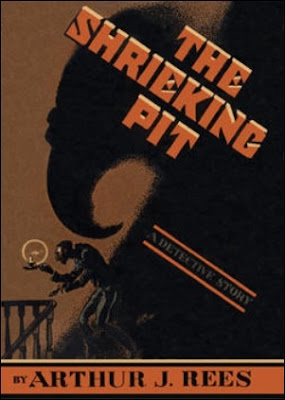 However, Ronald leaves the inn in the wee hours of the morning and Glenthorpe's bedroom is found empty, but the key is, uncharacteristically, sticking in the lock on the outside of the door. A track of boot-prints lead from the inn to the mouth of a pit, which is a part of "a number of so-called hut circles" that were "prehistoric shelters of the early Britons," where a workman was lowered into by rope and finds the murdered remains of Glenthorpe – stabbed in the chest. A sum of 300 pounds and a table-knife, used by Ronald at dinner, are missing. So things don't look very good for the missing Ronald.

However, Colwyn's professional opinion does not prevent a devastating loss in the courtroom. The courtroom scenes were one of the highlights of the book. They were very well written and characterized, which makes you almost wish the entirety of the story had been penned as an old-fashioned courtroom drama. One of the very few genuine weaknesses of the plot is the repetition of the all facts and this would've been less of a problem in a courtroom setting, because the reiterations could be done by the lawyers, prosecution and a final summing up by the judge – as well as by witnesses on the stand. Nevertheless, I think plot-oriented readers can cope with some of the repetition here.

I suppose this sounds a bit weird, following that minor complaint, but The Shrieking Pit struck me as a predecessor of E.R. Punshon's work. There's more than a passing resemblance between Rees' The Shrieking Pit and Punshon's The Conqueror Inn (1943).

Rees also had a similar verbose, ornamental writing-style as Punshon, with a keen eye for historical detail, which might be off-putting to some readers, but, personally, I love this approach when it's wrapped around a strong, intelligently constructed and well imagined plot – which was definitely the case here. A story gets so much better when there's a strong sense of place, time and history. 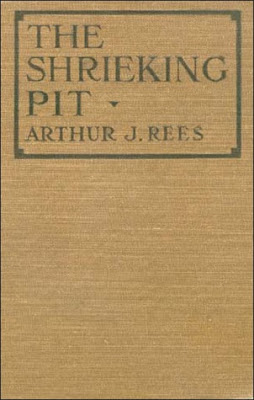 The ghosts of past centuries, even millenniums, appear throughout the book, which range from the prehistoric, stone-age dwellings and the bullet tinted wall of the inn telling of a long-ago battle between a gang of smugglers and the King's troops to the sporting magazines from the 1860s at the inn's fireside bookshelf – all of them alluding to a different and sometimes better, more prosperous time. They make the impoverished state of the small, dying village even more tragic. If that's not gloomy enough, there's the encroaching marshlands, the dank swamps and the ghost of a cursed woman in white who haunts the region. But there are also whispers among the locals of a ghostly dog, "Ol Black Shuck," roaming the dense woods. So the book also has a touch of Conan Doyle's The Hound of the Baskervilles (1902).

So, the atmospheric and historically rich backdrop, alongside the role of the First World War, undoubtedly counts as the book's strong point, but the very involved plot also proved to be noteworthy.

Granted, the explanation revealed that the crime-scene resembled a busy train-station, with characters popping in-and out of the bedroom, which caused many of the plot complexities, but Rees held a firm grasp on all of the plot-threads – which resulted in a pleasing, clear-cut explanation of all the events. You'd want to kick some of the characters for being so bone-headed, however, it made for a nice, complex and involved detective story. One that appeared, on the surface, to be a straightforward case for the police, but Corwyn uncovered many complications and contradictory evidence. All of which he managed to explain away by revealing that there was a simplistic, even sordid, truth behind the crime.

So, yes, The Shrieking Pit is a well-written, competently plotted and interesting detective novel from the transitional period between the Doylean Era and the Golden Age. As such, I can particularly recommend it to readers whose personal taste veer towards the Victoria-style of mystery writing or to fans of Punshon's Golden Age mysteries.

Well, so far my hasty, sloppily written review and my next one will probably be of another archaeological-themed mystery novel, but I've not yet made up my mind. So we'll see.

P.S: see comment-section for an explanation on the confusing first name of the detective.
Geplaatst door TomCat on 3/19/2017