The Raven and the Criminal

"You can't study the darkness by flooding it with light."
- Edward Abbey

Een afgesloten huis (A Sealed House, 2013) is the seventh entry in M.P.O. Books' District Heuvelrug series, which takes place directly after the events from the previous novel, De dood van Callista de Vries (The Death of Callista de Vries, 2012), and everything added to one of his most impressive juggling acts – going all the way this time in combining the best of two eras into a contemporary crime novel. 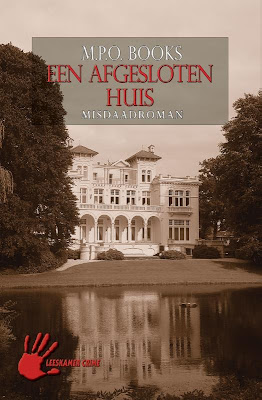 Fred Duijster was one of the figureheads of the Dutch criminal underworld, whose name turned up in a number of high-profile investigations without a single conviction to show for it. His fortified home can vouch that Duijster was not a man you were likely to catch off guard. The windows were secured with steel shutters and the premises are monitored with motion sensors that trigger overhead lights and cameras. Back and front. They are so sensitive that birds, cats, hedgehogs and prying neighbors can set them off. You could basically splice the security footage from the garden together to create an episode for The Animals of Farthing Wood.

Duijster allowed a handful of people into his home and fewer knew he lived there, but despite these precautions, someone still got to him. Brutally got him! Beaten and gutted with a kitchen knife.

An investigation is launched by the police, but here's where we get the first clue that this, stylistically, is going to be a different kind of story because Inspector Bram Petersen is sidelined for this investigation – after his wife suffered a stroke and her life is hanging by a thread. This sounds like typically police procedural stuff, but Petersen is just a background character here that makes a few brief appearances. That doesn't mean that his wife's critical condition or his grief is not shown or addressed, but it's not intruded upon, which I find to be infinitely more realistic than a long, drawn-out account of her dying process.

The man they found to replace Petersen is a transfer from Utrecht, Inspector Arthur van der Camp, who garnered praise there for his tough opposition against (organized) crime and thus the man to lead the investigation – which turns into a slam dunk case after an analysis of the security footage. The video clearly shows only one person entered and left the house at the time of the murder, a self-professed reformed criminal named Rafaël du Mez, alias "Raaf," who denies any involvement and demands a lawyer. Of course, nothing goes as smooth as it should be going due to internal struggles.

Here the plot takes another departure from the norm of the series: the sister of the suspect, Elvira, hires Sjoerd Guikema as her brother's defense counsel, and all of the sudden, where in an American mystery novel from the 1940s! Well, that's how my brain translated it. Guikema is overworked as it's and has no interest whatsoever in taking the case. That's until he sees Elvira and is suddenly inspired with an all-consuming will to help clear her brothers' name. 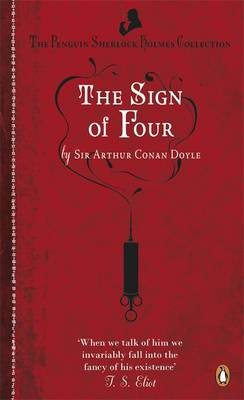 The parts of the story tag around with them smack of the amateur mystery solving couples that kept up the spirits of the English speaking nations during the war years. Books experimented before with an amateur sleuth in the trappings of a police procedural in the titular novella from the short story collection Dodelijke Hobby (Deadly Hobby, 2012), but this was by far the better of the two and both of them offered a false solution as to how someone could've entered the house undetected. They were surprisingly classical as well! Giekema's solution was definitely a nod to Conan Doyle's The Sign of Four (1890), one of Books' favorite mystery writers, while Elvira's reminded me of Fergus Hume's The Silent House (1899) – if I remember that particular story correctly.

How the murderer circumvented the surveillance cameras and censors, gained access without tempering the locks or shutters, survive a knife fight with a dangerous criminal, and left again under the same circumstances was fairly easy (apart from the knife fight bit, of course). But that's often the beauty of a locked mystery, which appears to be completely impossible, when the answer is actually quite simple. Carter Dickson's The Judas Window (1938) and Herbert Resnicow's The Gold Solution (1983) have a similar premise as A Sealed House, in which a single person is fingered as a cold blooded murderer, because another suspect is a physical impossibility, and while I don't think it was quite on par with the former, I definitely think it was better than the latter. The Gold Solution is actually comparable to A Sealed House, because it also revolves around a fortified crime scene with a state of the art security system designed to keep people out or locked them in. So I have no complaints in that department.

If I have any complaints, it's that if criminals were as smart as they are portrayed here, I would be known the world over as the Sherlock Holmes of the modern age and the ending was a bit, uhm, what's the word... overkill? It has been commented upon before that writers like Bill Pronzini and William DeAndrea don't shy away from a dramatic climax at gunpoint, but Books must have been on fire when he wrote those chapters! I think he didn't hear the ghost of Mickey Spillane over the gunfire-like banging of his keyboard to tone it down just a little bit.

For the non-Dutch readers who are curious (a MILD SPOILER, select to read): a hostage situation erupts when the murderer is cornered and to prove the demands were not being made in jest, two very, very dead bodies were wormed out of window down to a street filled with policemen, onlookers and I think even a rolling camera or two.

Those mean streets of Dashiell Hammett and Raymond Chandler are far more uglier below sea level. Anyway, to round this long, rambling review off, A Sealed House is an explosion of creativity scattering across various areas of the genre: the crime offered a classic locked room problem with some old-fashioned amateur snooping on the side, while the official police investigation of the murder further fleshed out some of the people who do that work and the milieu of the story gave everything a hardboiled edge. I also liked how the book set-up characters and storylines for down the line, because I doubt we've seen the last of Guikema or Van der Camp. The plot for the next book was also foreshadowed as a special police team is being formed.

Long, long story short, A Sealed House is one of the best in the series that have been published up to this point and I'm eagerly anticipating the next installment.