"Children and lunatics cut the Gordian knot, which the poet spends his life patiently trying to untie."
- Jean Cocteau 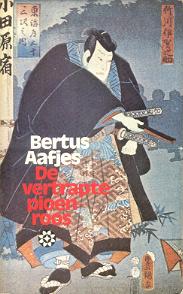