André Bjerke was a Norwegian poet, translator, television host and writer who debuted as a mystery novelist with Nattmennesket (The Night Person, 1941), published as by "Bernhard Borge," which appeared when he was only 23 and introduced his sleuth of four novels, Kai Bugge – a Freudian psycho-analyst like Gladys Mitchell's Mrs. Bradley and Helen McCloy's Dr. Basil Willing. De dødes tjern (The Lake of the Dead, 1942) appeared next and the book became an enduring Norwegian classic over the decades. It won a 2001 poll "to determine the all-time best Norwegian crime novel" and has never ranked lower than third in subsequent polls. So a non-English classic of the genre that has stood the test of time. 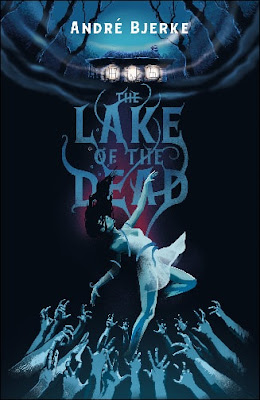 Back in February, Valancourt Books published an English edition of The Lake of the Dead, translated by James D. Jenkins, who also provided a must-read introduction. I really recommend the plot-oriented readers of this blog to go over the introduction before plunging into the story.

The Lake of the Dead is not only more of a thriller than a detective story, but Bjerke also explored "the possibilities of fusing crime and horror," which earned it a comparison to John Dickson Carr's The Burning Court (1937) and Agatha Christie's And Then There Were None (1939). The former offers "a controversial twist ending that suggested a supernatural solution," while the latter "reads for all the world like a supernatural horror novel until a rational explanation is finally presented." Bjerke tried to fuse and cement those two different approaches, but did he succeed? Let's find out!

The Lake of the Dead opens with Bernhard Borge and his wife, Sonja, moving into their new apartment and, to celebrate the occasion, they decide to throw a little house party to their friends – six of whom would figure in a haunting drama. Firstly, there's the psycho-analyst detective, Kai Bugge. Gabriel Mørk, a literary critic, who edits a magazine called The Scourge and "sees it as his mission in life to slander as many writers as possible and smite the sewers of intellectual life like God's cleansing thunderbolt." Harald Gran is a lawyer whose hobby is criminology and he's "been busy writing a long criminological thesis." Bjørn Werner is a former theology student turned atheist and "the conveniently timed death of a rich uncle" provided him with "the luxury of being a slacker." His sister, Lilian, is a typically young modern woman ("a little too nervous and a little too erotic") who's best friends with Sonja and engaged to Harald.

During the party, Borge reveals to his friends that he has "nothing left to write about" and his imagination is "as empty as the fleshpots of our time." Simply put, he has a severe case of writer's block and, to keep his family out of the poorhouse, asks his guests to give him a plot. Harald has a ghost of a story for him to elaborate on. More than a hundred years ago, a man named Tore Gruvik built a cabin in the woods in Østerdalen, "one of the gloomiest and most godforsaken parts of the country," where the only trace of civilization is a small hamlet two hours from the cabin. Gruvik was hopelessly devoted to his sister and would not tolerate any man near her, but, one day, she run away with a farmhand with her enraged brother in pursuit. And he caught up with them at his cabin. There he beheaded them with an ax and threw the bodies in nearby, stagnant body of water called Blue Lake, but "that deed was too great a strain even for a tough guy like Tore Gruvik." So, after several days of wandering around the woods, he drowned himself in the lake. Blue Lake is "said to be bottomless" and the bodies were never retrieved, which gave rise to stories of curses, demonic possessions and mysterious drownings. 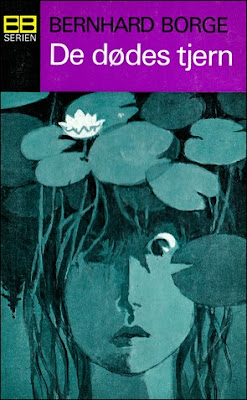 According to local legends, "a curse has hung over the cabin ever since Gruvik's death" and whoever stays at the cabin becomes possessed by his malevolent spirit, "like a terrible force sucking at their souls," drawing his victim to him – sucking "them all down with him into the lake." So the little nature retreat acquired the ominous moniker Dead Man's Cabin. Bjørn Werner has bought that very cabin, curse, ghost and enchanted lake included, where he intends to spend some solitary weeks with his books and dog. Three weeks pass when his friends receive the news he has committed suicide at the cabin. District Sheriff Einar Bråten had been summoned to the cabin by Werner, but, when he arrived, noticed a single line of footprints leading to the edge of the lake. Werner's hat, shotgun and the body of his dog were lying nearby "the last footprint clearly shows he must have taken the plunge and thrown himself in." A diary recounts how he spiraled into madness during his short stay at the haunted cabin.

So it must have been suicide, because a murderer could not have carried the body to the lake, dump it into the water and then "leap up in the air and disappear thereafter," but Harald believes it was murder ("a murder, plain and simple"). They decide to take an expedition, or holiday, to the cabin to see what's been going on there. The book partially earned its classic status on its setting with the cabin, "massive and hulking," peeking over the trees of the dense, eerie and shadow haunted forest like an enchanted castle in a dark fairy tale. The mysterious lake with its odds way how its surface reflected reflected the moonlight as though "the blue-white, shimmering reflection originated from a secret light source down in the depths" like "an underwater fire." And it has a mesmerizing effect on those who have gathered at the cabin. If that isn't enough, the sheriff informs them a manhunt is underway for an escaped killer roaming the woods of Østerdalen in the dark of night.

What follows is a string of incidents and discussions involving "an invisible phantom that screams and leaves footprints," sleepwalking and dream analysis, discussions of handwriting and hypnosis, nighttime intrusions and one of them eventually becoming "the second victim of Blue Lake's pull." But was it murder or a supernaturally induced suicide? Only that thing can be said for certain is that there's a troubled soul at the back of it.

John Norris reviewed The Lake of the Dead last March and he evoked various mystery writers, ranging from John Dickson Carr and Hake Talbot ("eerie atmosphere and use of grisly legends") to the Freudian psychology of McCloy's Dr. Willing and Mitchell's Mrs. Bradley – even Sax Rohmer's The Dream Detective (1920) gets a passing mention. While these comparisons are not inaccurate, they feel like they on fit on the surface. You see, The Lake of the Dead is a little too self-aware as its status as a novel. Chapter 7 opens with an apology to the reader, because they're on page 75 and "so far only a single person has met his end." So the author "certainly understand how the audience must feel cheated" as any "thriller costing four kroner must under no circumstances contain fewer than four murders." Carr subtly broke the fourth wall in The Three Coffins (1935) and The Crooked Hinge (1938), but how Bjerke did it is more in line with Leo Bruce and Edmund Crispin. So you get an unusual contrast between what's happening in the story and how it's retrospectively told to the reader. My impression was much more of tongue-in-cheek homage to Sir Arthur Conan Doyle and The Hound of the Baskervilles (1902). And that detracted a little from the atmosphere. However, the jovial tone began to dissipate as the story neared its ending. 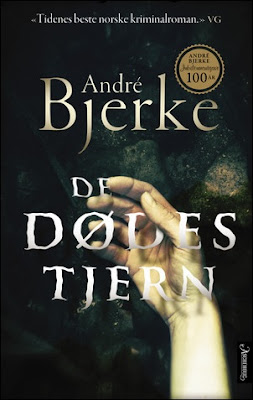 So we come to question whether, or not, Bjelke succeeded in fusing the detective and horror genres? Kind of. Technically speaking, yes, he did succeed, but not quite in the way I imagined he would do. There are some genuine detective components to the plot and one, or two, were quite clever (ROT13: jul gur qbt ernyyl unq gb tb), but the driving force behind the plot is something different all together. I can only describe it as trying to explain something supernatural as a purely natural phenomenon and initially hated it, but Bugge's explanation and pointing out all the fairly planted, psychological clues pulled me back in. So, yeah, technically it kind of works as a detective story and you have to appreciate the effort made to make it work, but that aberrant element was a little too loose and esoteric for my taste. I simply expected the whole thing would turn out to be a staged murder plot until the killer is dragged down into the lake by his victims at the end, which I would have liked a lot more as it would have meant an intact detective story with the supernatural horrors only coming into play to take care of the murderer.

As you can judge from my ramblings, the second-half and ending left me in two minds. I honestly appreciated the heartfelt attempt to create a true hybrid between the detective and horror genres, which is even more impressive when you consider "Norway is one of the only Western European countries with essentially no tradition of horror fiction." I'm sure that's another reason why the book became a homegrown classic. But the Freudian psychology, supernatural elements and particular the motive (as dark as Scandinavian Noir) didn't entirely work for me. Or were wholly convincing. Because, you know, I'm what you can call somewhat of a genre purist. However, I would probably have a little more positive had my previous three reads not been Robert A. Simon's The Week-End Mystery (1926), Nigel FitzGerald's Affairs of Death (1967) and MORI Hiroshi's Seven Stories (2016). All unconventional detective novels and all have one curious plot-element, or another, in common with The Lake of the Dead. I hoped to find a little more conventional detective story (blame John's comparison to Carr) or kindred spirit of Masahiro Imamura's Shijinso no satsujin (Death Among the Undead, 2017). This was not it.

So to cut an overlong, lukewarm and mess of a review short, if you're personal taste runs in a similar direction as mine, you might want to approach The Lake of the Dead cautiously. But, if you don't mind an experimental piece of genre fiction every now and then, you might as well pick up this Norwegian classic.

I'll try to pick something more conventional for my next review and, what do you know, my copy of the latest volume from Case Closed has finally arrived. Stay tuned!