Last week, I reviewed Roger Ormerod's A Shot at Nothing (1993), a splendid tribute to the great detective stories and locked room mysteries of yesteryear, which convinced me to explore this modern, but already forgotten, author further – who tried to marry the traditional detective story with the contemporary crime novel. Some attempts were more successful than others. But what matters is that he tried to keep the plot-driven detective story alive during a period when something else was expected from crime writers. More importantly, Ormerod had an undeniable fondness for locked room mysteries and impossible crimes! 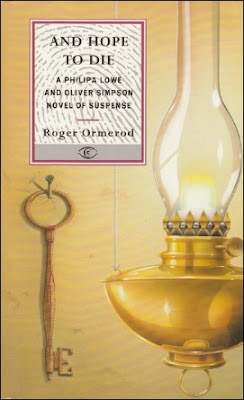 Robert Adey's Locked Room Murders (1991) listed three novels, A Spoonful of Luger (1975), The Weight of Evidence (1978) and An Open Window (1988), but have since then identified More Dead Than Alive (1980), One Deathless Hour (1981), A Shot at Nothing and And Hope to Die (1995) as impossible crimes. But there's more! I recently discovered Face Value (1983; published in the US as The Hanging Doll Murders) and The Key to the Case (1992) can be added to the list. Time to Kill (1974) has David Mallin handing the murderer a cast-iron alibi, which could possibly translate into a quasi-impossible situation.

So that makes about nine, or ten, of his fifty-odd novels impossible crimes and you can bet there are probably a few more that remain unidentified, which is very promising, because Ormerod had a magic touch when it came to fabricating miracles – making him one of the most important and prolific (British) contributors of the period. During the 1980s and '90s, the impossible crime story had become to domain of American and yet to be translated, non-English writers. These writers include Edward D. Hoch, Bill Pronzini, Herbert Resnicow, Paul Halter, Soji Shimada and his shin honkaku movement, but only a few Brits carried on the tradition during the 1970s, '80s and '90s. I can think of only three names, Douglas Clark, Paul Doherty and Roger Ormerod, who wrote impossible crime fiction in a significant quantity during those decades.

You would assume locked room readers would treasure a writer, like Ormerod, but he appears to have been forgotten the moment he stopped writing in 1999 and passing away, aged 85, in 2005. Not even Adey and Brian Skupin were aware how much he actually contributed to the locked room mystery. Fortunately, I've some experience tumbling down these rabbit holes of obscurities.

And Hope to Die is listed online as a standalone mystery, but it's the fifth Philipa Lowe and Oliver Simpson novel with Third Time Fatal (1992) being the third title that's listed as a standalone. So the series counts six, not four, novels in total comprising of Hung in the Balance (1990), Bury Him Darkly (1991), Third Time Fatal, A Shot at Nothing, And Hope to Die and Landscape with Corpse (1996). I've read two novels from this series and think I can safely state that it likely represents Ormerod at his most traditional, slanting heavily towards the classics, but with the characterization having a distinctly modern flavor. And Hope to Die gave a much clearer picture of our dating detectives in its opening chapter. 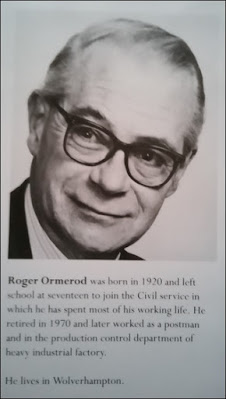 Philipa Lowe is the daughter of Chief Superintendent Lowe and is the widow of Graham Tonkin, a well-known water colorist, who left with her modest income, but that becomes a bone of contention in her relationship with the ex-police inspector, Oliver Simpson – whose career "disappeared in one flash of shot" when he tried to wrestle a shotgun from a madman. A shower of shotgun pellets to his right arm ended his career and the opening chapter revealed it will "gradually going to deteriorate" over time, which proves to be an obstacle to getting married. Oliver doesn't want to live on Philipa's money. So he hasn't set eyes upon for weeks as he secretly got a job with a security firm.

Philipa is soon reunited with Oliver through a bit clever maneuvering by her solicitor and family friend, Harvey Remington, who asks her to go to an in situ auction to gauge the authenticity of a water color painting. A portrait reputedly painted by her late husband, but he had painted only one portrait and that one was sold to a collector. Oliver will be there as part of the security team. There reunion at Mallington Hall is only slightly dampened by discovering the painting is a partially nude portrait of her on a bath stool, but notices that a very distinctive birthmark is missing. Something her late husband would certainly have included, but this plot-thread is eventually brushed aside (technically, that's not a pun, please don't bludgeon me) when it served its purpose, as a clue, to the main problem of the plot.

Mallington Hall is the old, neglected home of the demure Mrs. Drew, her dark, saturnine son, Derek, and his younger sister, Pattie. There's also their "sort of cousin," Wilfred Lyle. Under the rule of Richard Drew, they lived a far from happy existence as old-world country gentry folks, but nine months ago, Drew shot himself in the library. The thick, solid door was locked on the inside, key still in the locked position, while the metal catches of the old bay window "had long ago rusted solid" with decades old layers of paint sealing the opening section – whole "now had to be considered as one solid window." So the police concluded it couldn't have been anything else except suicide, which spelled disaster for the family, because his life insurance had a suicide clause in it. Consequently, the family were forced to auction the content of the home and move to farmhouse to keep chickens.

Pattie has heard of Philipa's reputation as an amateur meddler in police cases and asks her to prove her father was murdered in exchange for a brass paraffin lamp. A beautiful piece of antique that would look great in her cottage, but the offer comes with a caveat. She wants her to prove it was "murder by somebody from outside the family." This is not easy when everything points towards suicide. 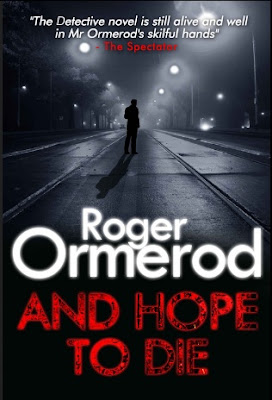 A noteworthy moment from her investigation is when she shows the old-fashioned library door key to an expert (i.e. a career criminal) to see if he can detect any traces of tempering, like scratches on the stem, which would indicate the key was turned from the outside with pliers. This was not the case and the story from here on out quickly turns into a much darker, character-driven crime novel with all the trappings of a 1920s whodunit. Solution to the problem is hidden in the actions and personalities of the characters, which comes with a packet of depressing and sordid back stories. And in particular of Derek and Pattie. However, the key to the case is the character and story of their late father.

Richard Drew was "all dignity and gentlemanly superiority" living "in a world that disappeared long, long ago," but he had his personal set of principles and, when an grim incident ten years ago broke his civility (to put it mildly), he locked himself away from the world in his personal library. A decade later another incident apparently resulted in him taking his own life, but Philipa slowly becomes convinced it was actually murder.

So far, so good, but let the reader be warned: the answers to these questions don't show Ormerod's usual creative and original approach to the detective story and locked room mystery, but it speaks volumes that he still succeeded in dropping me off at the final page without really being disappointed.

Firstly, the small pool of suspects and a second murder makes the murderer stand out like a scarecrow and the locked room-trick is an old dodge that you shouldn't get away with today or in 1995, but Ormerod played it serious with a straight face – oddly enough it made it much more convincing. Usually, these modern send ups of the country house/locked room mysteries that trot out this particular trick feel like a novelty store item, but And Hope to Die (despite the contemporary touches) felt like the genuine article. It reminded me in that regard of Michael Innes' final novel, Appleby and the Ospreys (1986).

All in all, And Hope to Die was a little disappointing, because Ormerod has written much better and more ingenious detective stories, but it was rather interesting to see a modern, character-driven crime drama being played out as a Golden Age mystery – adapting to it (locked room-trick). But if you're new to Ormerod, I recommend you start with More Dead Than Alive or A Shot at Nothing.