John Russell Fearn's The Murdered Schoolgirl (1945) is the second of five titles in his lamentably short-lived series about Miss Maria Black, or "Black Maria," who's the "crime sensitive" headmistress of Roseway College for Young Ladies and educated herself on criminology by ransacking the school library – as well as patronizing her local cinema whenever they're screening an American gangster movie (e.g. One Remained Seated, 1946). During her first case, Black Maria, M.A. (1944), made an unlikely ally, "Pulp" Martin, who's an American ex-thief and confidence trickster. Martin is as loyal as a dog to the headmistress and she often engages his services to do the legwork in an investigation. 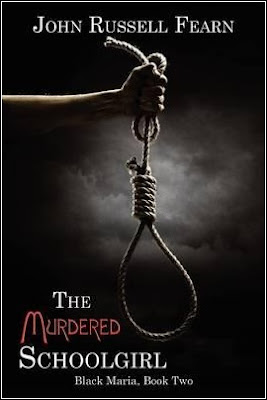 Initially, the series was published under one of Fearn's innumerable pseudonyms, namely "John Slate," but were reissued during the 2000s under his own name and that's not the only (cosmetic) change to be found in the series.

The Murdered Schoolgirl was originally titled Maria Marches On and retained its original book-title when it was first reprinted in 2003, by Wildside Press, but when Philip Harbottle submitted it to Thorpe (Linford Mystery Library) he gave the book "a more exciting generic title" – hoping that it would help "clinch the sale." Obviously, it did. Harbottle later appropriated the title for one of the Ernest Dudley short story collections he compiled and sold to the same publisher (i.e. Dr. Morelle Marches On, 2010).

As some of you probably gauged from my previous reviews, Miss Maria Black is my favorite Fearn series-character, closely followed by Chief Inspector Garth, but my reason for waiting almost a year to finish the series has nothing to do with saving the best for last. Oh, no! Our mutual friend, John Norris of Pretty Sinister Books, took the wind out my sails in the comment-section of my review of One Remained Seated.

According to John, I left "the least appealing" title in the series for the end and recommended I moved on to the Dr. Hiram Carruthers series, which bristled with seemingly impossible crimes and locked room murders (e.g. Vision Sinister, 1954). Admittedly, I was aware the book had a plot-thread about an invisible ink tattoo and an invention that could be of great value to the war effort. So I feared that the detective-element was diluted by tacky, pulpy spy material, but this turned out not to be the case and the plot actually reminded me of Agatha Christie's Cat Among the Pigeons (1959) – which also takes place at a girl's college and they even share a very specific plot-point. Something that made me wonder if Christie had read the book herself and the idea had stuck with her. Anyway...

The book begins with Miss Black receiving two guests, Major Hasleigh and his daughter, Frances, who are faced with a problem. Major Hasleigh has been widowed and has been ordered to join his unit abroad immediately, but their house has already been sold and now has nowhere to leave his daughter. So he asked if she could be enrolled into Roseway College, even though the new term had already began, but Miss Black accepts Frances as a student. And the problems begin before Major Hasleigh has even left the premise. Miss Black notices something peculiar about the military man who had appeared before her and he had given her contact information of relations that appear to be nonexistent, but Frances also turns out to be a handful. 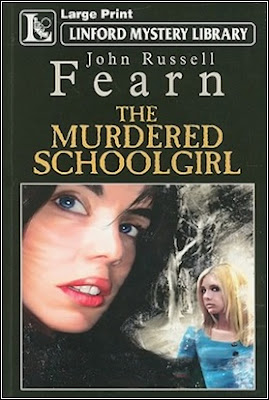 Frances is domiciled by the Housemistress, Miss Tanby, in Study F with Beryl Mather and Joan Dawson, but she's not very sociable and "broke bounds" by sneaking away to ask an unusual question to the science teacher, Robert Lever. She wants to know "the exact position of the star Sirius." However, they get caught by Miss Tanby and she drags them to the desk of Miss Black, because fraternity between pupils and teachers of the opposite sex is strictly verböten. Frances falsely accuses Lever of attempting to kiss her against her will, which forces Miss Black to unceremoniously sack her science teacher and ground Frances for a week.

However, she keeps sneaking out in the middle of the night and gets into a scrap with the head girl of the Sixth Form, Vera Randal, who's "a vindictive bully" and decides to teach Frances, Byril and Joan a lesson leaving them in Bollin's Wood – all tied-up and without their shoes. When the three girls failed to reappear, Vera returned to the spot, but what she found was two of the girls, Byril and Joan, bound and gagged on the ground. They're both unconscious. Frances is hanging from a tree branch by the neck! So that leaves Miss Black with a dead student and a possible murderer sneaking around her college.

Miss Maria Black's double role as an amateur detective and the responsibilities that comes with being a headmistress of a college are the true highlight of this entry in the series.

The position of Miss Black, as headmistress of a girl's college, has always been in the background of the other four novels, but here the reader got to see her in the role of stern headmistress who disciplines her pupils and has to brave "a whole host of parents" after the murder – all of them loaded. She also has a Board of School Governors to please and take on such duties as arranging the funeral of Frances. A position Miss Black tries to combine with her own private investigation and such clues as silk shreds in the hanging rope, triple knots and a lack of footprints in the clearing where the hanging took place greatly occupy her mind. And then there are such complications as who stole the body or why the body-snatcher horribly burned her left arm.

As to be expected, her duties as headmistress and indulging her hobby as an amateur criminologist intertwine on more than one occasion. 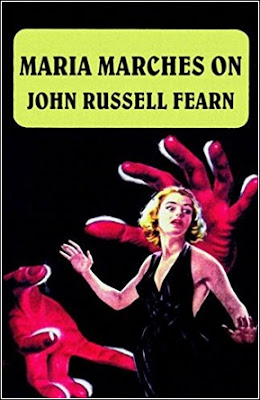 I was pleasantly reminded of when Reverend Ebenezer Buckle had to pull double-duty, in Nicholas Brady's Ebenezer Investigates (1934), when a member of his flock is murdered and he had to play detective without neglecting his duty as the spiritual leader of the community.

Unfortunately, the overall plot is rather weak and easily seen through. The murderer becomes painfully obvious after the girls are discovered in the clearing, but Fearn deserves props for giving it the old college try, because he did everything he could to convince the reader to remove this character from the list of suspects. The best red herring he planted was separating the obvious motive from the murderer, but I did not slip over it. Granted, the motive did puzzle me for a while. However, there really was only one person who could have done it. So that did not deter me from solving this one long before Miss Black.

So, I would not recommend readers who are new to the series, but start with Black Maria, M.A. or Death in Silhouette (1950). Or Thy Arm Alone (1947), if you want a truly original ending for a detective story (your slanderous opinion is not wanted on this flawless gem, JJ). If you take a liking to Miss Black, you'll be able to appreciate how she plays her roles here as headmistress and amateur detective, because the plot is, regrettably, one of Fearn's weaker efforts.

A stronger plot would have been nice, but, as a fan of the series, I do not regret having saved this one for last. Sadly, I do regret that this is the last time I got to follow Miss Black around as she poked her nose where it usually doesn't belong. On the bright side, my stack of Fearn's detective novels has not subsided. On the contrary! So you can expect much, much more Fearn on this blog in the future.

"The only thing I would add to your review (which you couldn’t have known)  is that the patriotic second world war plot—irrespective of whether or not it was a little weak—was one that Fearn deeply believed in. He wrote the book during the war and had been inspired by the death in action of his cousin (a great family friend). The Rich and Cowan edition was “Dedicated to the Memory of my Cousin, Flying Officer "Rusty" Baker."
Geplaatst door TomCat on 2/02/2018