"You tried to contrive the perfect alibi, sir. And it's your perfect alibi that's gonna hang you."
- Lt. Columbo (An Exercise in Fatality, 1974)

Christopher Bush was an English schoolteacher and a veteran of both World Wars, reaching the rank of Major, but arguably his greatest accomplished was authoring more than sixty detective novels over a four-decade period – most of them starring his series-character, Ludovic Travers. 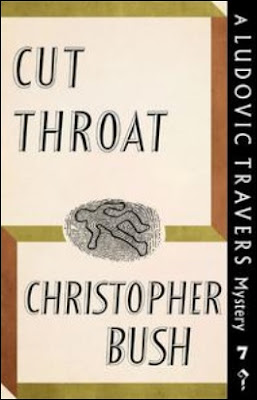 During his lifetime, Bush had a accumulated a considerable readership, "a steady Bush public," who had stuck with him throughout those tumultuous, ever-changing decades. Once he retired at the age of 83 in 1968, Bush began to fade from popular memory and his books "disappeared from mass circulation," which resulted in them becoming collector items and some apparently came with a hefty price-tag attached to them – effectively keeping them out of the hands of ordinary readers. This is, however, about to change.

Dean Street Press is on the cusp of reissuing all 63 of Bush's detective novels, which come with a thorough introduction and a preface of each individual book written by our very own genre-historian, Curt Evans – who blogs at The Passing Tramp. The first ten titles in this series of reprints are slated for release in October of this year.

I was given a review copy of one of the book that has been described, by Nick Fuller, as having an ending that will convince "the reader that Bush was to the unbreakable alibi what Carr was to the impossible crime." So I was intrigued to say the least.

Cut Throat (1932) is the seventh entry in the Ludovic Travers series and has a pleasantly intricate, multi-layered plot concerning the many complications twirling around the gruesome slaying of a newspaper tycoon.

Sir William Griffiths is the man "who built up the Associated Press" and has recently washed his hands from a tottering newspaper, called Mercury, which has since been merged with the Evening Record – owned by his long-time rival, Lord Zyon, who can be considered his complete opposite. Lord Zyon gave his newly acquired property a brand new banner to run on, "Free Trade With a Difference," and inaugurated a political movement to begin a "Work-For-All Crusade." The league is going to be formally launched at a rally at Albert Hall and Travers is invited to attend the rally.

Ludovic Travers is the director of Durangos Limited and an economics expert, who wrote such celebrated works as The Economics of a Spendthrift and The Stockbrokers' Breviary, which is why Lord Zyon often consulted him. Travers is asked this time to tackle a minor problem regarding the content of a speech to be given at the rally, but this consultation places him on the forefront of a bizarre murder case.

A case that, surprisingly, begins when Sir William gives Lord Zyon notice that "he will be most certainly on the platform tonight" and the message implied that he's on board with the new movement, because he also dispatched a special hamper filled with personally obtained evidence of illicit "dumping" by some large, popular stores. However, when the wicker basket arrives, and is opened, what they found inside was not evidence of predatory pricing of exports, but the lifeless, bloodied remains of Sir William – with an ugly gash running across his throat. 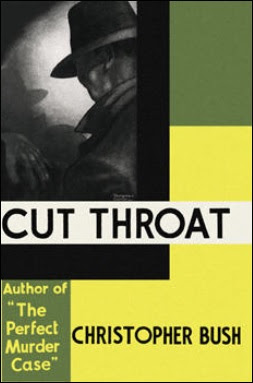 So the arrival of the hamper marks the beginning of the first part of the police investigation, in which Travers acts in the "capacity of detached observer," as he accompanies Superintendent George "General" Wharton of the Yard on his round of interviews with people who had ties with the victim.

These people include Sir William's heir and nephew, Tim Griffith, a world explorer who recently returned to England from Mongolia. A financial secretary, Mr. Bland, who has "a vulgarian" as a wife and his chess-playing friend, Reverend Cross, are also questioned in addition to the victim's slimy butler, Daniels, and Fred Sanders – a reporter who always seems to be on the spot when something happens. The questioning of these people and the discovery of a burnt-out, smoldering car wreck covers the first half of the book, which ends up explaining part of the journey the body of Sir William made after the murder was committed. And this part of the plot might prove hard to swallow for some readers.

Cut Throat is best described as two separate, but interlacing, stories with one of the two plot-threads detailing how the body was removed from the original crime-scene and eventually ended up inside the hamper. These series of events are completely detached from the murderer's original plan and will strain the credulity of some readers. Personally, I was not too bothered about this outside meddling in the murder, but loved the second half and solution too much to allow the hamper business to dampen my enthusiasm.

During the second part of the book, the murderer's identity, or guilt, becomes more and more apparent, but the only problem is that this person is in possession of an iron-clad alibi!

Nevertheless, Travers brilliantly dismantles this person's carefully constructed alibi and his reconstruction of the evening of the murder was very amusing, which demonstrated how the murderer was able to manipulate time itself. Perhaps it's my chronophobic tendencies speaking, but absolutely loved that ingenious time-manipulation trick. Even the fact that part of explanation came in the form of math homework could not diminish the cleverness of the trick. It's this kind of ingenuity that reminds me why I love detective stories.

So, if this is par for the course for Bush's detective-fiction, I can't but agree with Nick Fuller's observation that he was to the unbreakable alibi what Carr was to the locked room mystery.

Cut Throat has also made me very curious about The Case of the Chinese Gong (1935) and The Case of the Missing Minutes (1937), but those two will probably be included in the second batch of reprints. Until then, we can (appropriately) kill some time with the first ten reprints in the Ludovic Travers series and my next review will probably be of another one of Bush's mystery novels. Yes, my appetite has been properly whetted!
Geplaatst door TomCat on 9/18/2017