"The past is but the beginning of a beginning, and all that is or has been is but the twilight of dawn."
- H.G. Wells (The Discovery of the Future, 1901)

L'image trouble (The Picture from the Past, 1995) is the ninth Paul Halter novel published in English by John Pugmire's Locked Room International, which has become of inestimable value to incorrigible addicts of impossible crime stories – such as yours truly. 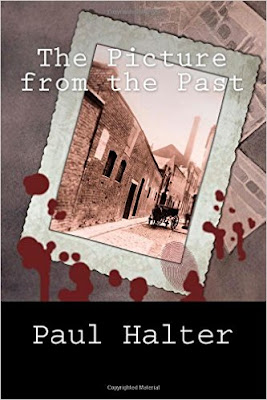 The Picture from the Past is partially set in the last year of the 1950s and finds Chief Inspector Archibald Hurst of Scotland Yard, accompanied by Dr. Alan Twist, in pursuit of the notorious Acid Bath Murderer, before they recede into the background of the story.

The lion's share of the book consists of a narrative divided between the past and present, which describe apparently unrelated events, half a century apart, but they begin to intertwine and betray some astonishing parallels as the story progresses.

On the 1959 end of the story, there's John Braid and his newlywed wife, Andrea, who recently moved into their new home in the quiet village of Shapwick. John was able to afford to cough up the money their new home, but is as furtive about his job in the city as the respectable Mr. Neville St. Clair from Sir Arthur Conan Doyle's "The Man with the Twisted Lip," collected in The Adventures of Sherlock Holmes (1891), which is something that's eating away at Andrea.

However, John has something else gnawing at his mind: an old photograph of a street in London from around the turn of the century. It evokes strong, unexplainable emotions. John even allows himself to be hypnotized by the shady owner of the local bric-a-brac shop to penetrate the mist enshrouded parts of memory lane, but they only manage to retrieve a few references to notes of music – and murder!

The story-line that's set in the past is written in italic and focuses on the Jacobs family, which is torn apart when three men clad in black murder Mrs. Jacobs in the streets without an apparent reason. A senseless death that was prophesized by a local soothsayer and it wouldn't be the last death he foretold.

As you might remember from past ramblings or my old review of the Jonathan Creek episode Time Waits for Norman (1998), I have a special interest in (impossible crime) stories that play around with the notion of space-and time – which Halter pulled off amazingly well for someone who's main flaw is often failing to create a sense of time and place for his (historical) settings. I loved how the echoes from the past began to manifest in the present story line, while the characters from the present discussed time travel, reincarnation, H.G. Wells' The Time Machine (1895) and newspaper reports of the elusive Acid Bath Murderer. I'd like to brag that I quickly caught on how the past storyline related to the present one, which was very Carrian in nature and much appreciated.

As to be expected from its author and niche-publisher, The Picture from the Past contains not one, but two, locked room mysteries. 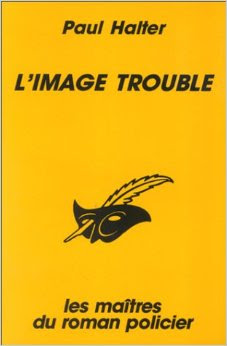 In the storyline from the past, the fortuneteller, Jack Atmore, is found murdered behind the locked door and tightly shut window of his own home, but even more peculiar is the ominous letter he send himself – warning himself of his imminent death. The second impossibility is the baffling disappearance of John Braid from a partially locked-and watched set of rooms, but the solutions aren't breaking any new ground. It's even admitted in the explanation of the disappearance that's on old trick and the solution for the locked room murder was a trek across well-trodden ground.

However, the locked room mysteries were only small side issues in a larger, over-arching plot that playfully combined two different narratives and toyed around with overlapping, parallel time-lines that managed to work in a serial killer plot in the background. Not everything is always perfectly executed or convincingly explained by Halter, but his imagination is something I have grown to admire.

The characterization seemed sharper than usual in some characters, but that appeared to depend on their importance and prominence in the story. I have said it before, but I believe Halter severely handicapped himself by setting his stories in England.

If I remember correctly, Le diable de Dartmoor (The Demon of Dartmoor, 1993) is the only Halter novel I have read to date that convincingly pulled off the English setting, but that was because he visited the location before writing the book. I think problems usually bugging his work, such as an unconvincing depictions of the historical settings and English characters with a Gallic flavor, would've vanished like a magician's assistant had they been set in France – something along the lines of a Henri Bencolin-style series reminiscent of early Carr. It would've gelled better with Halter's love for the grotesque.

So, all in all, The Picture of the Past was an interesting treatment of a theme that even today remains largely unexplored and while the plot isn't picture-perfect (pun!), I can't help but admire the effort at creating a complex, time-shattering mystery.

I guess Dr. Twist summed up why I liked this story more than I should have: "you're also... attracted to the past, which fills you with nostalgia. In particular, you love the last century."

Finally, I have to thank John Pugmire for his tireless work in getting these books translated and published... only to have sit there and hear us moan about some imperfections in the plot. Forgive us, John! And know that we're aware that you're spoiling us.
Geplaatst door TomCat on 7/12/2015