True Crime: A Journey Back in Time

"Men are foolish, are they not, Mademoiselle? To eat, to drink, to breathe the good air, it is a very pleasant thing, Mademoiselle. One is foolish to leave all that simply because one has no money — or because the heart aches. L’amour, it causes many fatalities, does it not?"
- Hercule Poirot (Agatha Christie's The Mystery of the Blue Train, 1928)

On New Year's Eve, 1921, a steam locomotive pulling an express train makes a stopover at Amsterdam Central Station and Mr. Jacques Wijsman, a promising young lawyer celebrating his thirty-second birthday and on his way to mark the turn of the year with his parents, boards the train – occupying a warm, first-class compartment. An hour later, they arrive at station Hollands Spoor, Den Haag (The Hague), where a female passenger makes a gruesome discovery. Mr. Wijsman lies on the floor of the compartment, partially covered with his overcoat, shot three times in the elbow, shoulder and chest.

This is not a sketchy premise of yet another obscure, untranslated detective story set aboard a train, but the curtain-raiser in an illustrious murder case I first read about in A.C.Baantjer's true-crime book Doden spreken niet: veertig onopgeloste moorden (The Dead Don't Speak: Forty Unsolved Murders, 1966). There are aspects to Mr. Wijsman's murder, professional and personal, which I can only describe as food for mystery writers and even gave raise to a bone-fide conspiracy theory. Yes, I have a possible solution tucked away at the ending. It's classic.

Let's take the known facts from the beginning: detectives found three, copper shell casings on the floor of the compartment and discovered the murderer had taken Wijsman's jacket (holding his personal documents and other papers). Curiously, a wallet containing 10 guilders was left on the body.

Another, online source I consulted, described the police-investigation as hilarious fumbling and this evident when only a subsequent look at the moordcoupé reveals a crumpled up, paper bag from a sandwich store in Amsterdam – which still had one shrimp left in it. Granted, the station master had removed the body and sealed the compartment, which had badly affected the evidence, but it's still sloppy police work the bag didn't turn up during the first sweep of the crime scene. The police departments of Amsterdam and Den Haag were (from the given reports) everything but cooperative in their search for the unknown man who shared the compartment with Wijsman and nurse Greetje de Boer. Interestingly, De Boer was shown photographs and she made a positive identification, but the man was able to produce a satisfying alibi. Days after the murder, the police were inundated with tips from physic mediums, crackpots and people who may've thought they witnessed something of importance. But the point is that they had to be checked and basically amounted to chasing phantasms or passengers who were seen running to catch their last train home on the evening of the murder.


What caused the turmoil surrounding the murder (all the way up to the 1930s), and led to questions being asked in parliament, wasn’t all on the bungling of the police, but the rampant rumors surrounding Wijsman’s private life – who was gay in a time when being gay condemned you to a double-life. Wijsman was linked with actor Gerard Vrolijk, who was known for keeping a house filled with unwed men and the papers buzzed with rumors of directions from above to sweep this embarrassing case under the carpet.

However, as interesting an angle as Wijsman's private-life may've been to the press and their readers at the time, I would've personally followed a different trail from his professional life and it's according to one of the elementary rules of police work – follow the money. There were unconfirmed rumors of Wijsman possessing documents about the Renate Leonhardt, a German ship torpedoed in 1917 by the British after sailing from Rotterdam to Hamburg and became a lore of the sea as a goudwrak (gold wreck) on account of its cargo, 55 million guilders in gold, but there were questions asked how the British knew how and when to strike (they barely left the harbor). Was there even gold aboard the ship? And were the British in on the scheme and tied up the loose ends by sinking the evidence to the bottom of the sea? It's basically on conspiracy on top of another conspiracy.

Well, I'm not going to drag an international conspiracy from The Great War into my version of the crime, but the fact remains that personal documents were taken from the body. A theft of papers doesn't fit the modus operandi of an enraged lover following Wijsman around on New Year's Eve, undoubtedly fingering the loaded firearm in the pocket of his winter coat, waiting for the moment to strike. Even if you assume the documents were love-letters and dangerous to the murderer's social status (and assume Wijsman carried them on his person), you also have to ask yourself why he took the risk of shooting Wijsman when they were both stuck on a moving train. It would've been safer and easier to get away, if he had struck when Wijsman got off the train and was on his way to his parent's home.

I think there was a work-related affair at the back of the shooting and someone hired an amateur to the job of a professional, which I base on two (admittedly meager) clues, but the circumstances of the crime weren't given in details. For example, I have no idea what the distance was between the murderer and Wijsman when the shots were fired, but I know Wijsman was sitting in a corner seat by the window in the first carriage of the train – practically with his back against the proverbial wall. I don't presume they were at opposite sites of the carriage when the shots were fired, and yet, the bullet wounds weren't grouped closely together. Two of the three bullets struck the shoulder and elbow, and only the third found the heart. I assume that someone who’s used to handling firearms would shoot with more precision, even inside a hunk of metal in motion, which is my other point and the most baffling aspect of the case...

The fatal shooting occurred in the first-class compartment of a moving train and the wounds of the body could suggest a murderer not entirely comfortable with handling pistols, but still did the job akin to Michael Corleone strolling into a restaurant and shooting Captain McCluskey in the throat. Murder under any circumstances would make a man nervous, let alone on an express train without an escape, but that's the cold and deliberate part of the killing. The murderer must have felt comfortable to premeditatedly fire three shots in a train carriage that's still on the run. 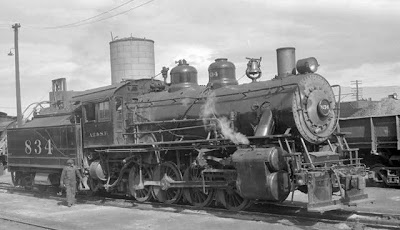 I know this sounds trite and hacky, but I would've closely investigated the complaisant witkiel (railway porter), who gallantly held open the door to the lady discovering the body (at least as a witness if he didn't hop the ride) and the conductor of the train as the main suspect. Wijsman had apparently a good relationship with his parents, who didn't hear about the death of their son until the following morning, after asking at the station if any accidents had happened, and it's safe to assume he made the journey before. You can safely assume people knew he was going to spend the last hours of his birthday and the old year with his parents (or guessed it), which gives our secret adversary an opportunity to snatch the documents from Wijsman at a vulnerable moment of presumed safety... this/these person(s) only have to grease a poor conductor's palm with some silver, supply him with a gun and instructions.

A conductor can pass through a train unnoticed and talk with passengers without raising suspicions. The train is not moving prison to a conductor, but a familiar surrounding in which he naturally belongs. People hardly even notice them.

Oh, the sandwiches bag with the shrimp. It's probably nothing and left there by the mysterious, but innocent, traveler, however, if you insist on a clever explanation. Do you really think the police found shell casings and missed a wad of paper? The compartment was stored at the railways and it's not unthinkable the murderer, who probably read detective stories at moments of leisurely at a station house, planted it afterwards as an act of bravado to baffle the police (he could have had access). After all, the police would be asking the sandwich shop to describe the people who bought their shrimps before the murder and not after.

Now if I can be so rude to ask one of you to play the Dr. Watson to my Sherlock Holmes and marvel at my stellar deductions.
Geplaatst door TomCat on 12/17/2013