You Are Mine Now

"In attempting to conceal a fact one may point still more markedly to its occurrence."
- Prof. T.L. Westborough (Clyde B. Clason's Blind Drift, 1937)

One of the drawbacks of devouring detective-fiction at the same rate a mine fire consumes oxygen, is that you'll eventually ran out of such monumental classics as Conan Doyle's The Hound of the Baskervilles (1902), Ellery Queen's The Greek Coffin Mystery (1932), John Dickson Carr's The Hollow Man (1935), Agatha Christie's Death on the Nile (1937) and Christianna Brand's Green for Danger (1945) – to name but a few of the genre's masterpieces. Or so it seems. 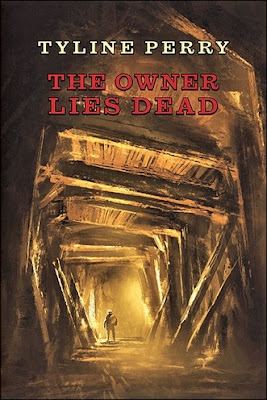 You only have to glance at the webwork of blogs, dedicated to the classic detective story, to realize there's a gem-rich soil beneath the genre's surface. Several layers of hidden treasures requiring some time and work to find, but can uncover such golden nuggets as Theodore Roscoe's Murder on the Way! (1935), Harriet Rutland's Bleeding Hooks (1940), Kelley Roos' The Frightened Stiff (1942) and John Sladek's Black Aura (1974). Or absolutely precious authors like Pat McGerr, E.R. Punshon and Cor Docter.

Thankfully, there are a number of small, independent publishers who make collecting and reading rare, long out-of-print mystery novels embarrassingly easy. One of them found and reissued a genuine gem of a detective novel.

Lately, Coachwhip has been making some collector's items available again for us commoners, like the intriguing-sounding The Rumble Murders (1932) by Henry Ware Eliot, Jr., but I had the misfortune to pick Alexander Williams' rather unwhelming The Hex Murder (1935) from this batch of new editions – which remains a risk when rooting around for obscure mysteries. Even when they're reprinted with the seal of approval from the likes of John Norris and Curt Evans. However, there's one book among their recent offering that can only be described as a minor masterpiece along the lines of the previously mentioned titles by Roscoe, Roos, Rutland and Sladek.

Tyline Perry's The Owner Lies Dead (1930) should be used as a textbook example of how to integrate a plot complexity, clues and moments of foreshadowing in, what is essentially, a very character-driven story. You can play with the puzzle pieces as you move from chapter to chapter, but Perry did not underestimate her readers and did a sterling job at misleading them. She kept tossing me between potential solutions like a new prisoner is passed around in the showers. Loved it!

The story takes place in the small coal-mining town of Genesee, Colorado, which begins with the kind of tragedy that was only all too common in those days: an explosion rips through "the subterranean maze" of Haunted Mine, which resulted in a growing number of casualties – starting with the eleven bodies retrieved during the first hours of rescue work. Additionally, there are seventeen mine workers who are still trapped in the dangerous, smoldering underground passages and their prospects are not looking good. However, the nephew of the mine's owner, Anthony "Tony" Sheridan, wants to make a last ditch effort and is the last one to be lowered into the mine, but he never makes it back to the cage-lift. And the situation has gotten to such a point that they had to seal up the mine air-tight for an undetermined period of time. Since a fire in a coal mine can rage for years (e.g. Centralia mine fire). 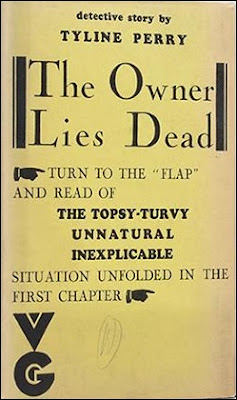 Well, there were only five weeks between the disaster and the moment when the mine was declared safe again to enter, but what they find upon their descent is the scene of a seemingly impossible crime!

Someone, somehow, has fatally shot Tony Sheridan in the back! The straight, horizontal angle of the bullet and the absence of a gun excludes the possibility of suicide, but even more inexplicable is that the only people present were the trapped miners – all of them died long before Tony descended into the mine. So who was in a position to fire the shot and how was it done?

After the discovery of the body, the narrative is picked up by one of Tony's brothers, Henry "Cappy" Sheridan, who retreats into the past and begins to tell about their childhood in Genesee. And this excursion takes the reader through the years and up till the moment when the body is discovered. Usually, this means that the author has place the plot in the backseat in favor of characterization, but The Owner Lies Dead is a glaring exception to that rule.

These early chapters are loaded with important information, scenes and clues that are of paramount importance to the solution. One of them being the troublesome relationship between Tony and a childhood friend of the Sheridan brothers, Regina, who ends up marrying a local boy, Pat Brace, who has personal reason for hating the uncle of the three Sheridan brothers – which, as one would expect, did not sit well with Tony. Cappy's narrative also describes several curious events leading up to the mine explosion and its direct aftermath. Such as the wounding of the local physician by a stray bullet, the theft of the pay roll of the mine workers and how his other brother, Rush, swears he saw Tony's ghost after the mine was sealed.

As you can imagine, when such a series of apparently incomprehensible events are put together with some care and logic, you can have a lot of fun in attempting to pull them apart. And try to rearrange them in the correct order of sequence.

Arrogantly, I assumed I had (roughly) pieced together the explanation for the entire problem, which was somewhat conservative in nature, but, despite correctly identifying some components of the actual solution, Perry kept me from reaching the complete truth – something I find to be incomprehensible in hindsight. In the end, everything clicked together with logical inevitability. From the childhood incidents and the local legend of Haunted Mine to the explosion and bizarre circumstances of the shooting. It all makes sense without taxing the readers credulity too much, because the explanation is not as complex as the premise suggests it to be. And those often tend to be the best kind of detective stories.

As the resident locked room fanboy, I have to give a note of warning to everyone who might want to buy this book purely on the strength of its impossibility. The premise is definitely promising, but the sealed mine angle is only a small cog in the overall machine of the plot and has a relatively simple explanation. I still liked how it fitted in the overall plot. And, therefore, you should not read The Owner Lies Dead as just an impossible crime novel, because the book is not a one-trick pony. You should read as a detective story with an impossible situation as the cherry on top of the excellent plot.

So, as you can read, I really, really liked The Owner Lies Dead. I will now always refer back to this review when pointing to a mystery novel with perfect balance between a clue-rich plot and adequate character development. And I really hope Coachwhip decides to republish Perry's second and last mystery novel, The Never Summer Mystery (1932), which was also listed by Robert Adey in Locked Room Murders (1991). It's actually surprising Coachwhip did not reissue The Owner Lies Dead and The Never Summer Mystery as a twofer volume like they did with Clifford Orr and Donald Bayne Hobart. I would have loved to own that set! Anyway...

On a final, somewhat related note: the small mining town setting was a reminder how much I would love to read a detective story set in Neutral Moresnet. I'll even settle for a thriller, spy or adventure story, but, as far as I know, the place never produced any crime-fiction or caught the attention of writers outside of its borders. Something that can only be described as a missed opportunity, because this unique "dwarf-state" (i.e. a semi-sovereign mining village) had all the material to furnish the plot of a first-rate detective or thriller novel.
Geplaatst door TomCat on 4/20/2017