"A common mistake that people make when trying to design something completely foolproof is to underestimate the ingenuity of complete fools."
- Douglas Adams (Mostly Harmless, 1992)

John Sladek is perhaps best remembered as a satirist and an author of science-and speculative fiction, usually written with a humorous bend, but he also made a brief excursion into the realm of crime-fiction during the 1970s and penned two highly regarded locked room novels – alongside a few surprisingly obscure short stories. 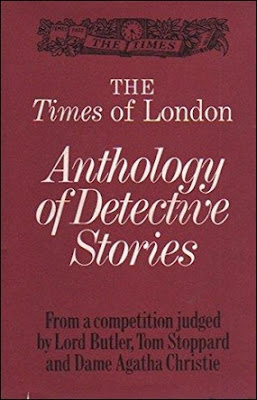 During the early 70s, the Times of London held a short story competition for detective fiction and no less a figure than Agatha Christie served on the jury. Over a thousand short stories were submitted, but Sladek's "By an Unknown Hand" emerged victorious and became the centerpiece of The Times of London Anthology of Detective Stories (1973). However, the real prize for Sladek was an opportunity to write a full-length mystery novel and this resulted in a shimmering gem of the modern, post-World War II era. A genuine classic!

Black Aura (1974) is widely regarded as one of the best locked room novels the genre has ever produced and was followed by Invisible Green (1977), which is less popular, but still relatively well thought of by aficionados of impossible crime fiction – who usually acknowledge that the latter failed to live up to its predecessor. Regardless of the uneven quality between both titles, they cemented Sladek's reputation as a notable practitioner of the locked room mystery and we all mourned the fact that the he only wrote two of them. But as Sladek once remarked in jest, "one could starve very quickly writing locked room mysteries" in the modern era.

Nevertheless, most readers who loved his two novels seem to be unaware he penned nearly a dozen short detective stories, which were largely gathered in the posthumously published Maps: The Uncollected John Sladek (2002). The highlight of that compilation, for mystery readers, is the inclusion of two short stories about Thackeray Phin, who was also at the helm of Black Aura and Invisible Green, but these short pieces definitely measure up to the novels.

The first of these short stories is, of course, "By an Unknown Hand," which introduces Sladek's take on the Great Detective, Thackeray Phin, who's an American philosophy professor living in England and advertises himself as a "professional logician and amateur sleuth" - one who would welcome a challenge. Phin has always dreamed of being a detective and is elated when the owner of an art gallery, Anthony Moon, engages him as a bodyguard to protect an unpopular artist, Aaron Wallis. Someone has been sending him letters promising to end his life.

Wallis lives in an apartment on the 11th floor of a soulless apartment building and he had all the windows bricked up, because he has an aversion for natural light. So the windows offered no way in or out for the occupants would-be assassin. Before Phin began his watchman's duty, the apartment was searched by Wallis himself and the door was both locked and chain-locked from the inside, which was done with a very though chain. The door needed to be battered half a dozen times before the staple was torn from the wall and they could enter the apartment. Why did the door required battering, you ask? Somehow, someone managed to enter the sealed apartment and strangle the unpopular artist. 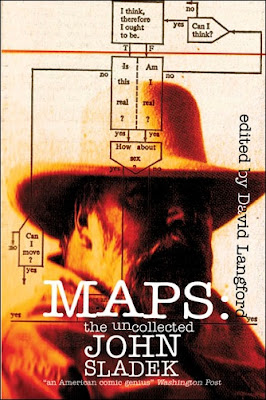 There are two points of interest that should be pointed out: once our detective realizes that "Sherlock Holmes wasn't going to be any help at all," Phin hurried home "to read some locked room mysteries," because, "if Dr. Fell could not cure this devil case," perhaps "Father Brown could exorcise it" - really showing where this story fits in the scheme of the overall genre. Secondly, the brother of the victim, Hector Wallis, is a clairvoyant, known as "Ozanam," who is seen giving a demonstration of the ability of his third eye. I think this particular scene, in combination with Phin's explanation, makes for a nice semi-impossible situation straight out of Clayton Rawson or Jonathan Creek. The solution to the locked room problem also somewhat resembled the work of that mystery writer and TV-series.

You can divide the crux of the impossible situation in two sections. The first part concerns the setup of the trick and plays out like an elaborate stage illusion, which is as risky as it's clever and lot's of fun. And there's something in the story that should set the seasoned armchair detective on the right track. However, the method for the sealed nature of the room was a lot more routine, but, overall, a very solid and promising debut for, what potentially could have been, John Dickson Carr's successor.

I'm also baffled why this story never found its way into one of the many locked room themed anthologies that have appeared since the early 1970s.

The second short story from this series, "It Takes Your Breath Away," was syndicated in 1974 in various London theater programs, which included A Streetcar Named Desire at the Piccadilly Theatre and is really just a short-short – covering only a scant three pages. Phin finds himself "far back at the discouraging end" of long cinema queue that twisted round a corner. One of the people waiting in line ends up with a knife in his chest, but that's all I really can say about the plot without giving anything away. But the plot is surprisingly rich and involved for a short-short of only three pages.

Well, most mystery readers are probably aware of the first short story discussed here and some known of the second, but very few are aware that Maps has a section, entitled "Sladek Incognito," which gathered eight virtually unknown crime story – originally published in the late 1960s and some were published as by "Dale Johns." Most of them are short-short inverted mysteries, usually no more than four pages, in which the plans of the culprit usually backfires on them. So you could call them A-Hoist-On-Their-Own-Petard stories.

My personal favorite is "You Have a Friend at Fengrove National," originally published in a 1968 issue of Tit-Bits, which has a clever money scheme with cheque deposits go horribly wrong when an unpolished specimen of the criminal classes intervene. A very short piece, but also very good. Loved as much the second time as when I first read it. Deserves to be better known! 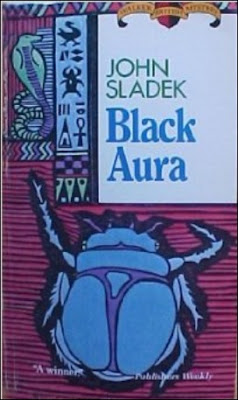 "Just Another Victim" comes from the pages of the same publication and has a jealous woman plotting the murder of a friend, planning to make it look like the work of an active serial killer, but you can probably guess the twist in that story. "The Switch" was also published as "The Train," again in Tit-Bits, in which a husband is plotting the murder of his wife by creating a train disaster, but the disaster is not what he expected. A somewhat technical short-short that could have been more interesting had it been a little bit longer. "Timetable" is a murder for hire gone wrong for the person who paid for the professional assassins, because he forgot a small, silly detail. This one also came from Tit-Bits. "Now That I'm Free" is a very good take on the multi-sided love affair that end in murder. I would imagine Christie would have a good chuckle at this story. The last of the short-shorts, "Practical Joke," has a thoroughly unpleasant character getting his much deserved comeuppance.

The next short story, "Publish and Perish," came from a June 1968 issue of a publication known as If and comes highly recommended to fans of Edmund Crispin, Michael Innes and crime stories with an academic setting – because this one is almost a parody of such kind of crime stories. A young associate professor of physics, Gleason, has an opportunity to rise in the academic ranks when a professor passes away, but his university has a strange tradition to decide who fills a seat: murder! Gleason not only has to survive the attempts on his life, such as a bomb in the coffee maker, but also has get dispose of his rival. A fun and unusual type of crime story that some of you will no doubt be able to appreciate.

Finally, there's a rather unusual hybrid-type of story, "In the Oligocene," culled from the pages of the July 1968 issue of If and has a time-traveler from the 1978 return to 1939 to save the woman he loved as a young man. Unfortunately, he is now a man in his sixties and to ensure she only loves him he takes her to the Oligocene period. A "comparatively gentle era in the earth's history," when the great reptiles had gone the way of the dinosaurs and the largest mammals weren't numerous enough to pose a danger, but she not thrilled by the prospect of being stranded in ancient history – without any other living soul to communicate with. So the reunion is not going as envisioned and the way this situation gets resolved is a science-fiction imagining of a deus ex machina. Hands down one of the weirdest kidnap stories in all of detective fiction.

So, that's all of the detective fiction that can be found in Maps, which have been long overlooked, but these stories are well worth possessing the entire collection. And if you like humorous science-fiction (e.g. Douglas Adams), you'll probably enjoy the non-criminal content of this collection. But the main reason for me was the hidden treasure trove of excellent detective stories.

On a final note, Sladek also wrote a non-series short locked room mystery, titled "The Locked Room," which is collected in Keep the Giraffe Burning (1978) and a review of that story can be read here.
Geplaatst door TomCat on 3/16/2017