"There must be hundreds of these types of cases. People with unexplained mysteries, impossible crimes... we could make a difference. Provide answers the police never could."
- Anthony Rhys

A fellow mystery blogger and author-in-waiting, P.J. Bergman, asked if I was interested in reviewing the first stories from his upcoming novel, which is an invitation I usually decline. The requests for reviews, interviews and "blog tours" are commonly made for the type of crime novels I try to avoid like an oncoming freight train, but there was something different about this request. I just can't quite put my finger on it.

The Locked Room is the title bestowed on this upcoming novel and it'll consist of a number of short stories, which forms an overarching narrative and very similar in set-up to Roy Huggins' 77 Sunset Strip (1959) and Bill Pronzini's Scattershot (1982) – and there are more similarities. They all feature private eyes trying to get a grip on a typical, drawing room-style problem: locked room mysteries and other impossible crimes! 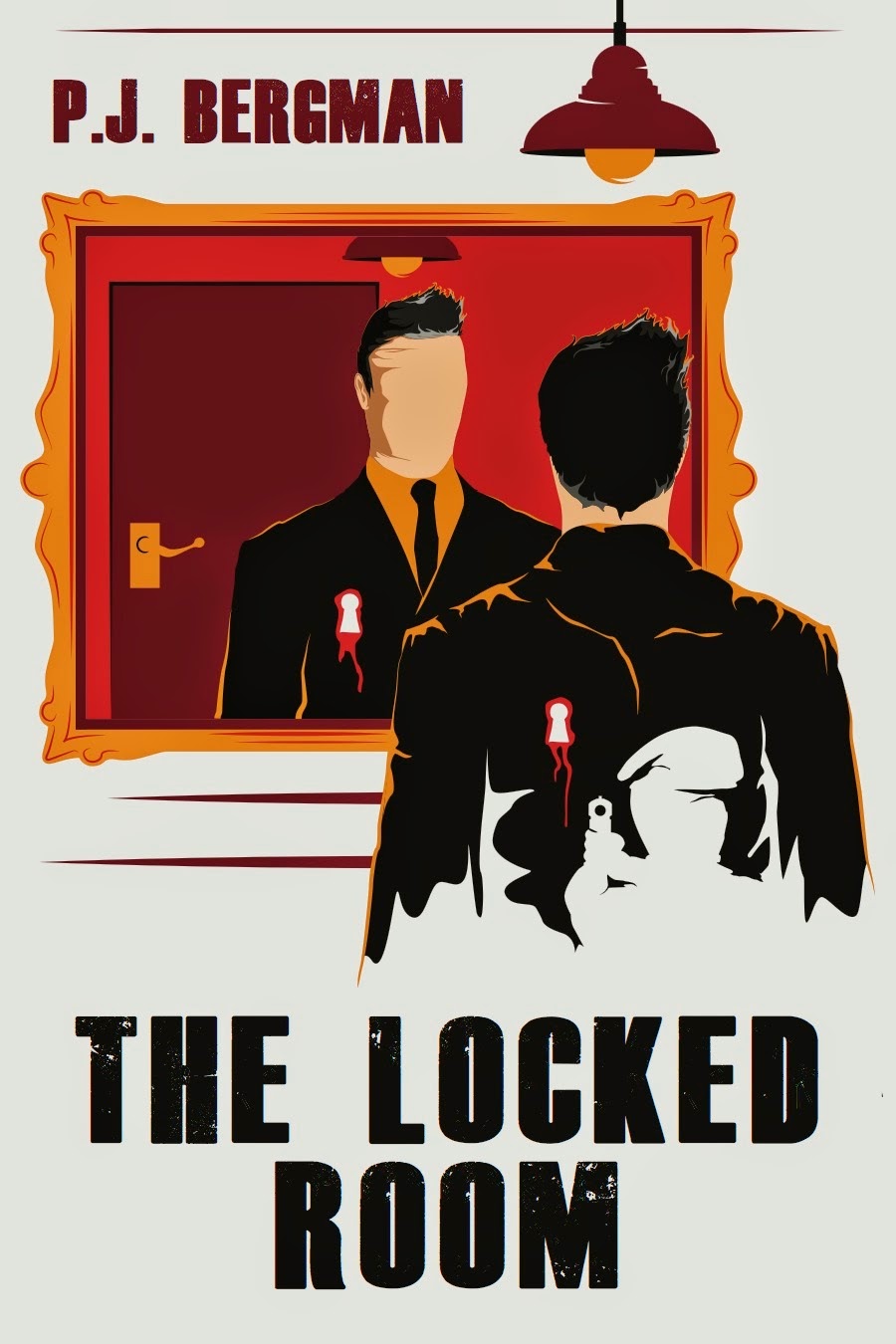 "Private Eye" is the first chapter of The Locked Room and begins with the delivery of a package to Anthony Rhys, which contains a manuscript written by his brother, Kenneth, about their days as private investigators. However, the first case is a solo-act for Kenneth, who was an army major stationed in Iraq in 2004 and there he experienced his first brush with the impossible. A marine, Private First Class Frank Allsop, was ambushed and separated from his squad during a patrol, and the culprits "then disappeared into thin air" – leaving the private dead in a sealed bathroom of a rundown hotel.

The setting and background color of "Private Eye," the American occupation of Iraq, reminded me of two other war-time mysteries (recently) reviewed on this blog: Douglas Clarke's "Flashlights," published in The Strand Magazine in May of 1918, and Franklyn Pell’s Hangman Hill's (1946). There's, of course, the impossible problem of the former and the depiction of the uglier, personal side of a war of the latter. In this case, it's illegal gambling, pot smoking and yellow journalism. Unfortunately, I found myself unable to care for the explanation, because (IMHO) any variation of this solution destroys the effect you wish to accomplish with an impossible crime. Oh, it was explained well enough, especially under those circumstances, but I don't like a good locked room story to end like that.

"Diagnosis Cancer" is the second chapter of the book, in which Kenneth is dishonorably discharged from the army and has returned to Los Angeles, but the nasty cough from the previous story continues and is dragged to the hospital – where Kenneth meets a very unusual patient. Sean Erikson is a "guest of the state" on alleged charges of money laundering (his words) and now the mob may be after him, which is why he wants to get back to prison. And for a good reason: despite being handcuffed to the bed and sedated in a guarded hospital room, Erikson manages to disappear like consciousness faced with a chloroform soaked rag. I surprised myself how quickly I stumbled to the correct solution, but that takes nothing away from the story. Plot-wise, it's a massive improvement on "Private Eye." There's just one thing that was missing when they eventually found Erikson, but, logically, should've been on him and it's something that should be easily available in a hospital.

"Window of Opportunity" is the last of the three, pre-published chapters of The Locked Room and the Rhys brothers have officially entered the detective business. Kenneth completed the exam for his private investigators license and Anthony cobbled together a website, which leads Emma Burton to their doorstep. Burton's parents died in what the police has labeled a murder/suicide, but there are still unanswered questions about the lack of fingerprints on the knife that killed her mother or the angle of the apparent self-inflicted gunshot wound that ended her father's life – and there's a locked room angle to case when the murderer becomes apparent. The only problem is that the murderer has a wrought iron alibi. It's a locked room problem similar to the one in Michael Collins' "No One Likes the Be Played for a Sucker," collected in the anthology All But Impossible! (1981), in which the killer, not the victim, was locked in a room at the time of the murder. Bergman's explanation is far more ambitious, complex and, as far as I can tell, completely original. But what I really admired about these stories is how the personal woes of Kenneth are used to advance the plot, instead of cannibalizing the story with reflections on his mortality and missed opportunities, which is why they became detectives – cause there are hospital bills that need to be paid.

In summation, it was about time for a new mystery writer, specializing in locked rooms, to appear on the scene and The Locked Room is shaping up to be an interesting entry in this sub genre. It also made me realize that I should finally sit down (one of these days) and write one myself as well as finally reading those locked room mysteries Mike Grost wrote.
Geplaatst door TomCat on 7/20/2014