"The true witch-magic of a wood on a midsummer night when the trees are heavy with leaves, and every leaf, however still the forest, has a voice and a secret all its own..."
- Gladys Mitchell (The Mystery of a Butcher's Shop, 1929)

Diabolic Candelabra (1942) is numbered seventeen in E.R. Punshon's Inspector Bobby Owen series, now attached to the Wychshire County Police, where he doubled "the parts of head of the somewhat scanty Wychshire C.I.D. with that of secretary to the chief constable," but this enigmatically titled entry is generally considered to be one of Bobby Owen's best performances – navigating through a complex and labyrinthine plot of Mitchellian imagination.

One review even stated "that in the construction of mazes," Punshon's "only rival was John Dickson Carr." You can understand, as someone who admirers both Carr and Mitchell, that this particular title has been hovering around my wish list for many years. 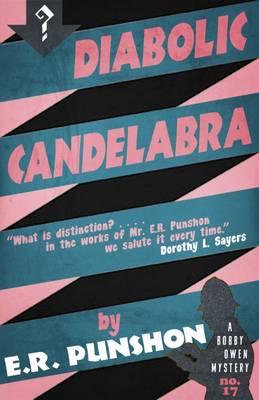 So I was elated when the Dean Street Press announced they were resuming their series of reprints of Punshon’s work and our resident genre-historian, Curt Evans, wrote new introduction for each title, which usually provide a back story for the book in question – e.g. an account of the real-life murder case that inspired the plot of Murder Abroad (1939). The introduction for Diabolic Candelabra tells of no such real-world connection, which, considering the fairytale-like plot, seems very fitting.

However, I should note that Evans mentioned that the book appeared on his 2010 list of 150 Favorite Golden Age British Detective Novels. Under his list of favorite Punshon novels, Evans says he has been "undeservingly out-of-print." Well, that has changed in recent years, hasn't it?

Diabolic Candelabra has a dense, intricate plot with as many different branches as the titular candelabra, but one that's as solid as a brass candlestick, which begins with a recipe for "the most scrumptious chocolates that ever were." Or to be more precise, the story begins with a quest for this furtive recipe.

Mrs. Weston gave Olive, the wife of Bobby Owen, a sample of these "miracle chocolates," but the gift came with a request for help: she wants to sell these heavenly treats at a church bazaar, however, she has no idea where to find the person who makes them – a Miss Mary Floyd. She sells the chocolates through a place called "Walters," a tea shop, but they've no idea where exactly she lives. So Bobby and Olive are going to chase "a chocolate to its lair."

The lair in question is in actuality a small, lonely cottage tucked away in the thick, overgrown and sprawling forest of Wychwood. Miss Floyd shares the modest dwelling with several of her relatives: a poor, invalid mother, a stepfather of ill-repute and a nine-year-old sister, "Loo," who prefers the live among the animals of the forest. She is a character very reminiscent of Mowgli from Rudyard Kipling's The Jungle Book (1894).

Bobby and Olive learn from Miss Floyd that the recipe for the special chocolates is a secret, but one that belongs to a local legend. 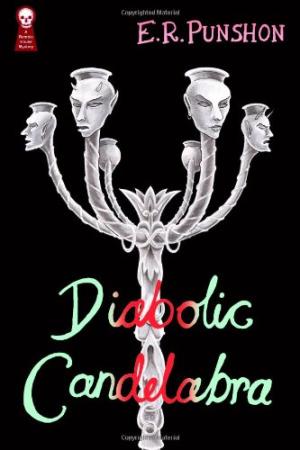 Peter the Hermit is an elderly herbalist who lives deep in the woods in a ramshackle, one-room hut and never took a dime for his remedies, if he liked you, but often chased people away with an axe – which, nonetheless, gave him some popularity. But not with everyone. The local physician, Dr. Maskell, labeled him as "a public danger" and thinks of him as "nothing more than a licensed murderer," because there's "half a dozen in their graves" who ought to be alive. Add to this the persistent rumor that the hermit was sitting on a stash of gold and it becomes to be expected Bobby finds an abandoned, ransacked hut with a bloodstain on the floor. Both the axe and the hermit were missing.

For most mystery writers, this would've been more than enough to write a story around, but Punshon kept tying plot-threads to the main storyline: the owner of the previously mentioned tea shop, Charles Clayfoot, has gone missing around the same time and place as the Peter the Hermit. A very fat, red-haired man has been asking around for the chocolate recipe and Bobby saw a young man washing his hands by a small stream, but this person picked up his briefcase and fled the moment he noticed he was being watched.

Bobby is also told about an unsolved mystery: fifty years ago, two El Greco paintings vanished mysteriously from Barsley Abbey and there seems to be a renewed interest in the village to find them again. These missing paintings play an important part in the story, but there's another object that disappeared around the same time, The Diabolic Candelabra, which is attributed to Benvenuto Cellini and "each branch was carved in the likeness of a human face twisted into every variety of hate and malice" – both of them are linked to the family history of the local gentry. And they bring their own set of problems and complications to the case that is unfolding in front Bobby's eyes.

This all makes for a very intricate, maze-like and memorable story, which, despite of its many intricacies and peculiarities, becomes very simple and easy to understand by the end of the book. I feel proud for having spotted the cleverly hidden murderer long before the final chapter, but was equally surprise when Punshon, very briefly, hid this person again during that wonderful, candlelit scene in that dark, atmospheric place – which made me think for a moment my solution was completely wrong. What I also liked about the book is how it reminded me of Gladys Mitchell's Come Away, Death (1937), which had similarly structured story: a ball of strange and unusual plot-thread that eventually lead to the discovery of a body in the final quarter of the book.

Well, I sincerely hope I've done the plot of Diabolic Candelabra some measure of justice with this review, because I found the plot a bit tricky to describe, but one that's as rich as pure chocolate and as intricate as a hand woven tapestry. Undoubtedly, one of his better and most original mystery novels.

My other reviews of Punshon's Bobby Owen mysteries: