A Most Dangerous Pastime

"The whirligig of time brings in his revenges."
- William Shakespeare's Twelfth Night (Act IV, Scene I)

Originally published and circulated as an advanced review copy under an inquiring title, What Shall We Call This New Mystery, offering fifty bucks for a fitting book title, Jesse Carmack's The Tell-Tale Clock Mystery: Stonewall Rountree's First Case (1937) rolled from the printing press into obscurity – and it appears that no further cases of Rountree were recorded. 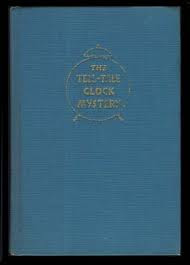 The Tell-Tale Clock Mystery intently studies the peculiar circumstances in which Miss Agnes Turnbull, an "investigative" journalist with a penchant for blackmail, died in her room at Brock's Haven Inn on the Fourth of July. A key was on the inside of the door in the locked position and the only adjoining door had been nailed shut for years, but the absence of a gun makes suicide an untenable answer for this impossible situation. The local authority decides to call in the help of "Stonewall" Rountree, a former football player who switched careers and studied with the FBI, who makes quick work of the problem of the sealed hotel room only to stumble upon another problem – how did the murderer know when and where to strike?

What truly amazed me about the plot were the similarities it bore to another, all but forgotten, detective novel from the 1940s, Kelman Frost's Death Registers at the Eagle Arms (1947), in which a seaside hotel during the blackouts of World War II became the playing ground for spies and detectives in a deadly game of hide-and-seek. It also featured a simplistic impossible crime and The Tell-Tale Clock Mystery, even though it takes place during peacetime, it does have a militaristic subplot. One of Miss Turnbull's victims, Commander Bacon, lost something very important and a second murder may involve a foreign agent. Another suspect, importer Hector Defresne, has rumors of illegal gunrunning tailing him. Both stories also involve a bit of strychnine poisoning.

And then there's the enigmatic mystery of the sequels that never were. The subtitle of this book, "Stonewall Rountree's First Case," suggests the start of a series and Frostman's novel mentioned Something Scandalous at Lilac Cottage as "in preparations," but if they exist, they are as elusive as a shadow at night.

Back to the story at hand, which moves along at a nice, steady pace, however, once I reached its conclusion it felt like most of it had been padding. I liked Carmack's idea to exert a plain-and-simple locked room mystery to present a slightly more complicated problem and to put over Rountree with his readers, but the frame was, IMHO, too slight to support a full-length novel – and should've been trimmed down to a short story or novelette.

I feel like I'm doing The Tell-Tale Clock Mystery an injustice here, because it wasn't all that bad, except that it hovered between top and bottom drawer stuff and that appears to be true for a lot of these unheard or even completely forgotten mysteries I dug up recently – with one or two exceptions (I rather liked Arthur Rees' dated The Moon Rock, 1922). I guess it's time to take a break from digging around for these really obscure ones and focus my attention on other (by me) unexplored regions of the genre.
Geplaatst door TomCat on 12/16/2012