Robert Adey wrote in his introduction to Banner Deadlines: The Impossible Files of Senator Brooks U. Banner (2004), a collection of short stories, that the author, Joseph Commings, began his writing career against "the unlikely backdrop of a pup tent in Sardinia during the Second World War" – where he penned detective stories for "the amusement of his fellow soldiers." But when he returned home, Commings discovered there were magazine editors willing to pay money for them. 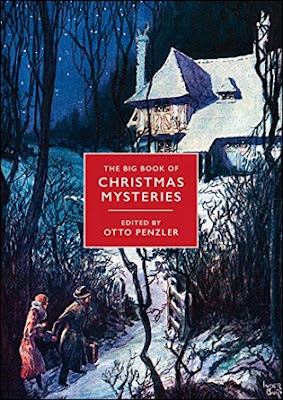 Commings almost exclusively wrote short stories published in such magazines as 10-Story Detective Magazines, Ten Detective Aces and Mystery Digest, but, where he left his mark on the genre, was as a specialist in locked room murders and miraculous crimes. A writing career somewhat comparable to those two giants of the short impossible crime story, Edward D. Hoch and Arthur Porges. More importantly, Commings brought a large quantity of ingenuity and originality to the impossible crime story.

A famous glassblower is found murdered inside a sealed, room-like glass case ("Murder Under Glass," 1947). Another man is shot in an office room, under observation, while the smoking gun is delivered to the receptionist inside a sealed envelope ("The X Street Murders," 1962). A dodgy art-dealer is run through by large, burdensome sword that could not have been wielded by human hands ("The Giant's Sword," 1963). An old-fashioned, hard-hat diver is fatally knife while alone in a recently sunken shipwreck ("Bones for Davy Jones," 1953). This makes it all the more depressing only a tiny fraction of his work is currently in print.

Besides the short story collection, Banner Deadlines, you can find "The Glass Gravestone" (1966) in the massive anthology The Black Lizard Big Book of Locked-Room Mysteries (2014), which I reviewed here, but a year before another one of Commings' stories was anthologized, "Serenade to a Killer" (1957) – reprinted in The Big Book of Christmas Mysteries (2013). So it was about time I got around to reading it.

"Serenade to a Killer" was originally published in the July, 1957, issue of Mystery Digest and Adey noted in Banner Deadlines that critics consider this story to be one of Commings' handful of masterpieces.

The story opens at the Cobleskill Orphanage, at Christmas, where Senator Brooks U. Banner, who began life as "a parentless tyke," is handing out toys and tells the children "a fruity true crime story" about a lonely-hearts killer who he helped capture. Scandalizing the two old maids who run the orphanage. This festive scene comes to an end when Banner is approached by a local newspaper reporter, Verl Griffon, who has read about his handling of inexplicable, often seemingly impossible murders. Exactly such a kind of murder had been committed early that morning.

A well-known pianist and local celebrity, Caspar Woolfolk, lives at a manor house on the outskirts of the town and on the grounds stands "a little octagonal house," called the Music Box, where he kept his piano and music library – which is where he's found shot to death at close range. Ora Spires is the governess of Woolfolk's ten-year-old daughter, Daisy, who claims to have committed the murder. However, the doors and windows were closed and the structure was surrounded by a thick blanket of snow with only Ora's footprints leading up to the front door. So how did the murderer escape across "a hundred yards of snow without leaving a mark on it?"

Just as baffling as the murderer vanishing inexplicably from the scene of the crime is Ora's fear that she might have shot her employer or why there were incriminating diary entries she has no memory of writing. She also has no recollection, whatsoever, of attending a concert the previous day with her friends, which was briefly hinted at as a doppelgänger reminiscent of Helen McCloy's Through a Glass, Darkly (1950). I guess this story can, sort of, be described as a pulpy reimagining of McCloy.

You see, the most impressive aspect of "Serenade to a Killer" is not the mechanics of the locked room or its explanation, which lacked the ingenuity and originality of his better-known work, but the fact Commings wrangled an acceptable, entirely fair detective story from an array of hacky, outdated tropes. Abnormal psychology, hypnosis, sleepwalking and the sheer madness of the murderer all form part of the puzzle. So the story could have easily degenerated into a painfully bad, second-rate hack work that belonged to a different era, but Commings was an expert plotter and, somehow, he found a way to make it work!

So, personally, I wouldn't rank "Serenade to a Killer" as highly as "The X Street Murders" or "Bones for Davy Jones," but the story was better than it had any right to be considering the normally atrocious plot-ingredients – a testament to Commings' talent and skills as a plotter. The fact that so much of his detective fiction is currently out-of-print is nothing less than a gross violation of my human rights!
Geplaatst door TomCat on 12/04/2019